The Lower Hermit Trail is technically a continuation of the nearby Hermit Trail, but it is also sometimes called the Hermit Creek Trail because it follows this creek all the way down to the Colorado River. From the intersection with the West Tonto Trail at the Hermit Creek Camp, head downstream and towards the north. This unmaintained path enters the beautiful Tapeats sandstone gorge where the creek flows through an enchanting narrows section with pools and waterfalls. Enjoy the wonderful views up and down canyon as you descend, tracing the creek bed drainage at a consistent grade.

After about 1.5 miles, the walls recede and the trail ends at Hermit Rapids, one of the larger challenges along the Colorado River. If your timing is lucky, you may see rafts or kayaks negotiating this technical whitewater section. The sandy area by the shore is also the site of a primitive camping area (BM8) which requires permits for overnight use. One unfortunate aspect of this trail is the noise from helicopter tours that frequent this fly zone.

Historical notes: the Hermit Trail was named after Louis Boucher who lived near here for 20 years, building the Boucher Trail and other seasonal residences. Although he lived alone, by most accounts the social Boucher was not particularly reclusive! The Hermit Trail itself was a former Native American route that was subsequently upgraded by the Sante Fe Railroad which operated an upscale tourist resort at the outlet of Hermit Creek until 1930. 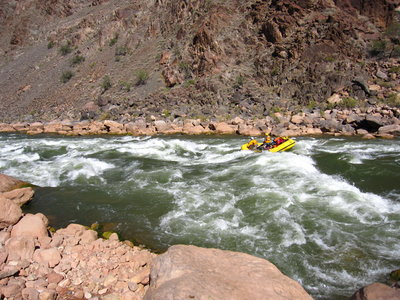 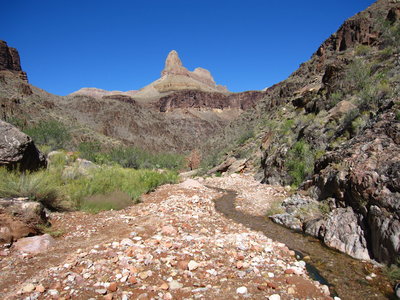 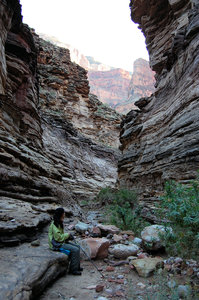 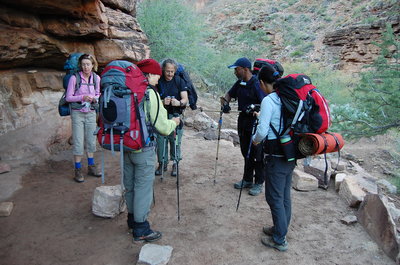 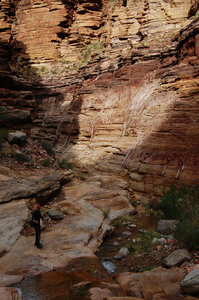 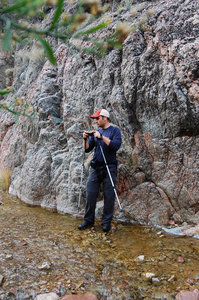