“This hike tackles the popular Mt. Baldy Trail to the summit of Blacktail Ptarmigan Rocks. ”

Parking at the end of Skyline Drive is free, but pay attention to the signage. There is also a commonly used approach to Mt. Baldy through the gated primitive road and up the north slopes of Mt. Baldy, but this is not a secured public access point and crosses a private homestead. The mapped route is the only legal route up to Mt. Baldy.

Baldy-Blacktail is a fairly popular hike in Eagle River that provides great views of Eagle River Valley and across the Knik Arm. This is a longer alternative to the Mt. Baldy Trail up to an officially named peak, Blacktail-Ptarmigan Rocks.

From the parking lot at the top of Skyline Drive, continue uphill to the trailhead. The trail rapidly ascends the front slope of Mt. Baldy, quickly climbing above treeline. With many rocks and the occasional hand scramble, the going can get tough. However, the summit is ample reward for the steep ascent. From the top, you are rewarded with dramatic panoramic views of Eagle River with Anchorage and Knik Arm in the distance and the broad expanse of the mountains of Chugach State Park.

From the top of Mt. Baldy, you'll descend a few hundred feet east along the ridge. At times there is a distinct trail, at others the trail disappears, but as long as you follow the ridgeline toward the southwest ridge of Blacktail it is difficult to get into trouble.

From the base of the southwest ridge of Blacktail, there is a human trail that leads up the mountain, just west of the ridgeline. Once the majority of the elevation has been gained at a false summit, there is another game trail that continues upward just below the craggy ridgeline.

At about 4,300', there is a large gendarme in the way where you go around it on the east side, which is a departure from the norm on this trail as you are normally on the west side of the ridge. The final approach isn't completely straightforward but if you look down the west slopes, you'll find the human-worn game trail that takes you down a little ways to an easy west face approach up to the summit.

Care should be taken when traversing along the ridge when there is still snow on the ground. The human-worn game trail traverses a few couloirs that could avalanche in the right conditions. 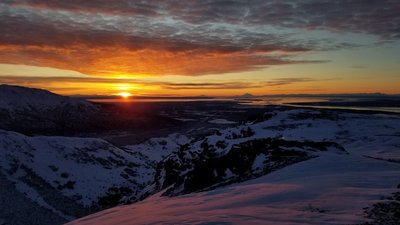 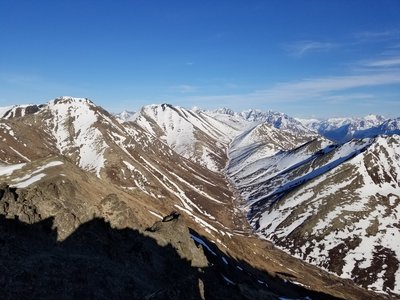 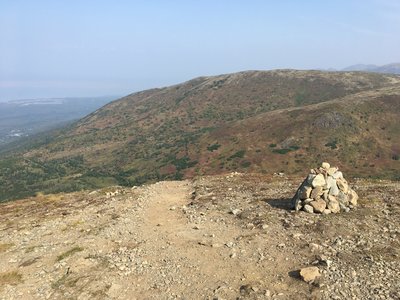 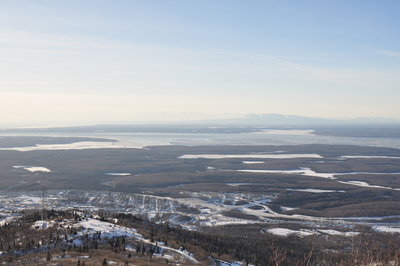 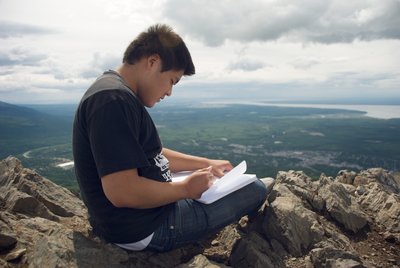 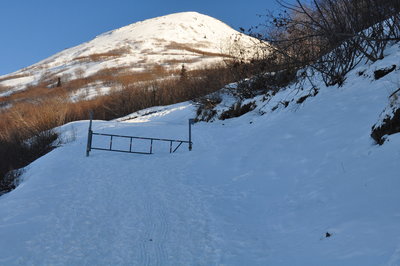 Temptation Peak via the Dome