“This loop accesses the best views in the park and the best hill climbs. ”

This loop accesses the best views in the park as well as incorporating the bigger hill climbs. It also takes one along the infantry post on the north end and the cavalry post on the south end.

Start on the Young Hawk Interpretive Trail where there is a trailhead sign for the Scouts Trail System. Proceed to your left, and follow the path as it winds up the bluff. The trail has numbered posts and a corresponding trail guide describing the history, plants, and wildlife of the area.

Once at the top of the bluff, continue west along the southern edge of the partially reconstructed infantry post, where one could make a side trip to the blockhouses. The trail will take one to a trailhead sign to the south of the parking lot at the infantry post. The area near this sign has a fantastic view of the Missouri River to the south.

From here, continue west on a Connector Trail to a trail junction, turn left (south) and continue on Bloody Knife's Loop. This trail winds through woody draws down the bluffs to the Missouri River valley. At the southwestern corner of the park, continue looping to the east (left) on Bloody Knife's Loop East. This trail goes past the partially reconstructed cavalry post, which includes George Armstrong Custer's residence.

Eventually, the Bloody Knife's Loop East meets back up with Bloody Knife's Loop, and one continues on this trail back to the trailhead that is south of the infantry post parking lot. At the trailhead, continue east on the Young Hawk Interpretive Trail, which winds down another hill to a trailhead where the trail meets the paved, non-motorized trail. Turn left and continue on this trail a short distance to the starting point.

This park is rich in military and Native American history. Fort Abraham Lincoln was once an important infantry and cavalry post and this hike takes visitors by the historically military parts of the park. The infantry post is on the north end of this hike on the bluffs overlooking the Missouri River. The cavalry post is on the south end of this hike in the valley. It was from this cavalry post that Lt. Col. George Armstrong Custer and the Seventh cavalry rode out to the battle of the Little Big Horn where they were defeated. Portions of the infantry and cavalry posts, including the Custer House, have been reconstructed. 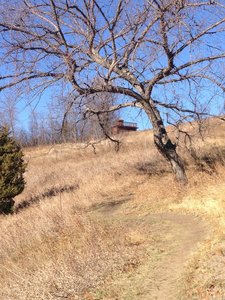 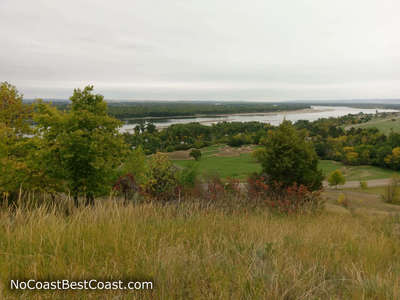 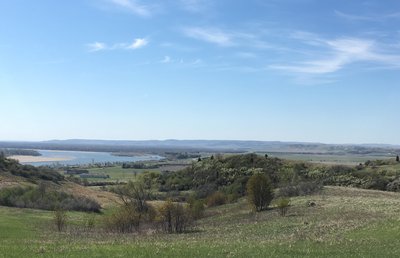 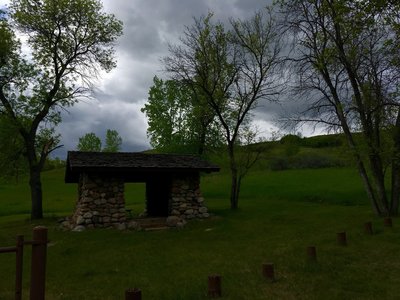