The traverse is an aggregate of parts or all of several tracks within the Belmont Regional Park.

Along the way you'll encounter a variety of terrain and track types, including 4wd gravel roads, open grass pasture, and singletrack through native forest. There's a fair bit of climbing involved, with the track starting at an altitude of 30m, crossing three significant peaks (Boulder Hill, Cannons Head and Belmont Trig) each of which is in excess of 400m high, and then descending almost to sea level. This route is also known as Haywards Korokoro Traverse.

The traverse is an aggregate of parts or all of several tracks within the Belmont Regional Park. Therefore, the description is divided into stages, corresponding to each of the constituent tracks that comprise the traverse.

Stage 1: Boulder Hill (4.56km) Climb from the Hutt Valley to the summit of Boulder Hill, starting at the Dry Creek entrance to Belmont Regional Park.

Stage 2: Murphys (2.57km) A steep 200m+ descent from the summit of Boulder Hill, along a rough farm track and across open paddock. For much of its length, the track is ill-defined, though the orange markers provide sufficient guidance.

Stage 3: Belmont Road (2.41km) Near the end of Murphys, there is a short climb up to Belmont Road, which then continues climbing to a major intersection near the gas station.

Stage 4: Duck Creek (0.68km) Continue straight ahead from Belmont Road past the gas station and around the hill, then jump the fence just before the road heads down hill and cross the airstrip.

Stage 5: OCR Belmont (0.64km) From the airstrip briefly dip into a valley and up to another major intersection.

Stage 6: Round Knob (0.95km) Head up the steep grassy track to the west (away from, rather than past, the bunker), over a hill and then skirt around the base of Round Knob.

Stage 7: Dress Circle (4.55km) From Round Knob, jump a couple of stiles and then head southwest along a series of rolling hill tops, valleys, and saddle points.

Stage 8: Belmont Trig (0.29km) Go through a large wooden gate and up the last section of the Belmont Trig Track, to a smaller gate that is 20m south of the actual trig.

Stage 9: Belmont Trig South (2.69km) Proceed down the very steep and, in places, quite rough track that descends from Belmont Trig to the base of Horokiwi Valley.

Stage 11: Cornish Street (3.01km) At the "Belmont Trig" sign carved into a fallen tree, head down a mild valley to Cornish St.

The trail cross farms so expect sheep, cows, and the occasional deer. 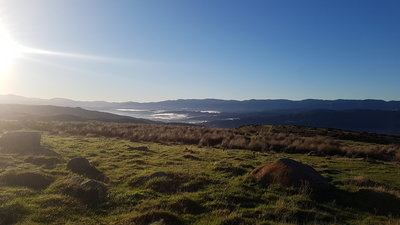 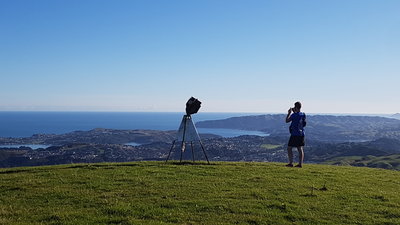 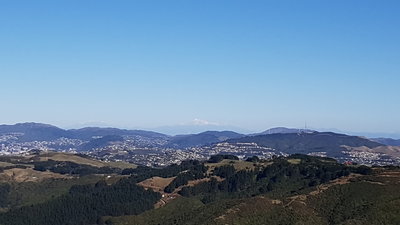 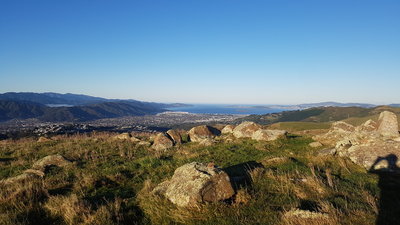 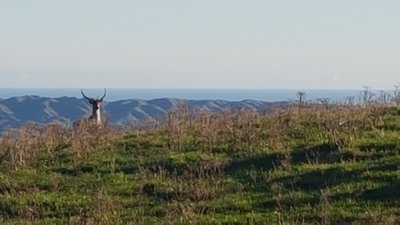 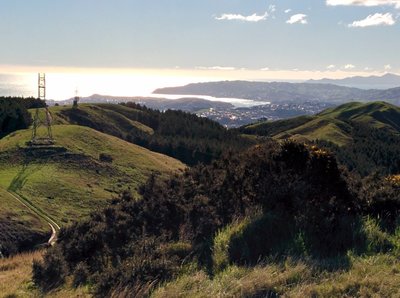