“A sublime experience through the core of the Desolation Wilderness. ”

Journey along this section of the Tahoe Rim Trail for a transformative experience through craggy granite peaks and pristine alpine lakes in one of the most well-known wilderness areas in the United States.

Starting at the Echo Lakes Trailhead Parking Area, follow signs for the joint TRT/PCT north along the rim of Echo Lakes through forested and occasionally boulder-strewn terrain.

Near the northern end of Upper Echo Lake, prepare for a relatively short climb as you ascend steady gradients roughly 500 vertical feet up a broad valley to the scenic shores of Lake Aloha.

While at the lake, take a load off, perhaps go for a swim, and truly enjoy yourself amidst a sea of grey granite slabs peppered with conifers and scrubby ground cover. For those spending the night in Desolation Wilderness, Lake Aloha, as well as nearby Heather Lake and Susie Lake, offer spectacular campsites with a view that's hard to beat.

Traveling onward from the lake, follow the trail as it descends gently through a small drainage to Heather Lake and on to Susie Lake.

Upon reaching Susie Lake, take a minute to collect yourself, fill up and treat some water from a nearby stream, and prepare to initiate, what is to many, the keystone of the trail: the arduous climb to the summit of Dicks Pass.

Climbing from Susie Lake, the trail ascends consistently along the eastern edge of a large granite cirque before reaching the top of the headwall and the comfort of the relatively flat terrain atop Dicks Pass.

If you, like most people, need to catch your breath atop the pass, take a seat and look back over the accurately "desolate," but stunning landscape before you. Good job, you! Look at the climb you just overcame!

From the top of Dicks Pass to its end, the trail takes on a strikingly different character. For one thing, it's primarily, and deservedly, downhill. In addition, the terrain north of Dicks Pass changes from the more sparsely vegetated granite rockscape of the southern wilderness to a drier, forested landscape rich with stands of conifer. And where there aren't dense conifers, wildflower-laden meadows abound.

Descending from Dicks Pass, follow the trail as it winds past Dicks Lake, Fontanillis Lake, and the Velma Lakes before traversing rolling terrain to the wilderness/national forest boundary near Richardson Lake. From here on out, all that's left is a short descent to a crossing of the Rubicon Jeep/OHV Trail and a final ascent along Barker Creek to the segment's end at Barker Pass. 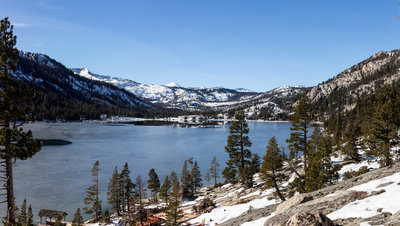 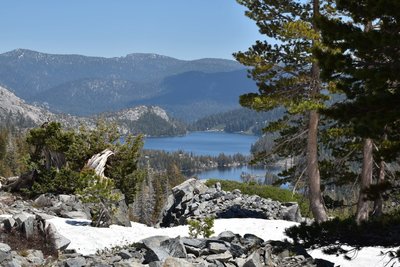 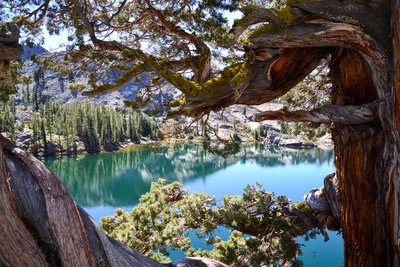 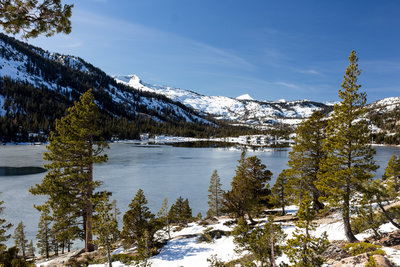 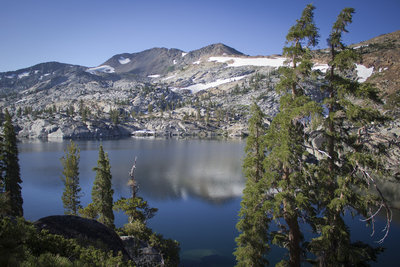 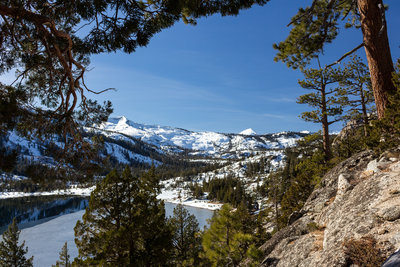