The first 2.5 miles or so meander along a mild rolling trail following the south side of Whiteface Brook. There is one river crossing that, depending on river height, requires some well-balanced rock hopping to stay dry. At about 1.7 miles, the trail intersects at the Carrigan Notch Trail junction which goes north (right) towards Carrigain Notch. This junction can also link you to the Nancy Pond Trail and Stillwater junction. At approximately mile 3, the majority of the elevation gain begins, and the trail goes from mostly dirt and roots to small and medium sized rocks. Be prepared for the somewhat dramatic change in trail difficulty at this point. There are multiple small trail rivers, some which can run directly down the trail making for slippery rocks.

The trail consists of multiple switchback sections and is mostly tree covered, but there are a few small sections that provide window views of the surrounding mountain peaks. The final ascent occurs after ~200 ft of the Signal Ridge ridge line at ~4,400 ft elevation with great views. This is the first real picture-worthy viewing area. The peak can be seen to the northwest from the ridge line marked by a man-made look-out tower, which emerges up well over the tree line for 360-degree views.

The remaining ascent is a final push of ~200ft in elevation and ~ 0.5 mile distance. Views are best appreciated at the top of the lookout tower. The Presidential Range is viewable to the northeast. The Pemigewasset Wilderness and other 4,000 foot peaks such as Mount Layfayette, Lincoln and the Bonds to the northwest, and the Handcocks to the southwest.

The trail is dog and family friendly as there are no ladders or steep ledges to be concerned with; however, the lookout tower stairs may not be safe for doggy ascent and descent. Parents, use your best judgement with your kids; the lookout tower has large gaps between the handle rungs and stairs. Budget approximately 6 hours round-trip if you're moving at a steady, moderate pace. 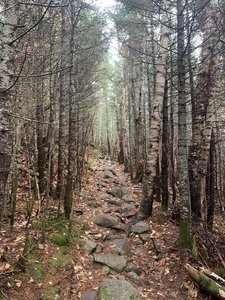 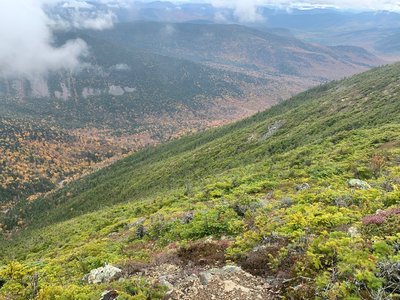 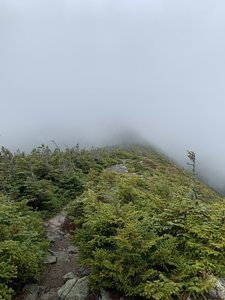 All Clear 5 days ago See History

Mount Osceola Out and Back