“Climb in the beautiful pine forest from Snag Lake to the bench where gem-like Rainbow Lake is found. ”

Although Rainbow Lake Trail begins in an open area, it soon enters the pine forest with its low ground cover. Almost immediately the trail starts climbing, following a small seasonal stream valley that is to the left (south of the trail). As the trail climbs there are great views of Mt. Hoffman for a while, but eventually it can no longer be seen through all the trees. This climb lasts for about a mile with a few somewhat steep sections.

Pine forest with low ground cover between the trees. Wildflowers. Shy deer as evidenced by tracks. 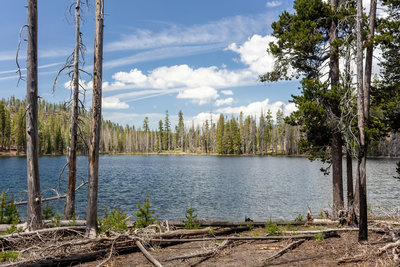 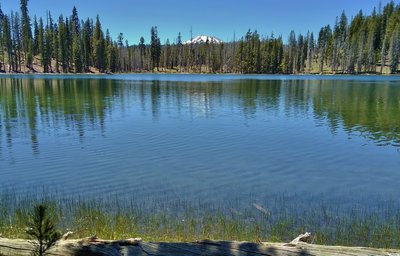 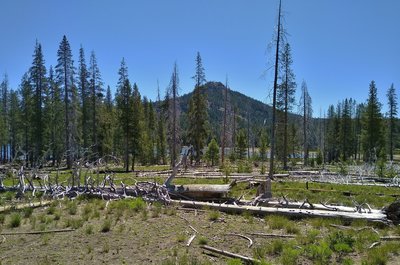 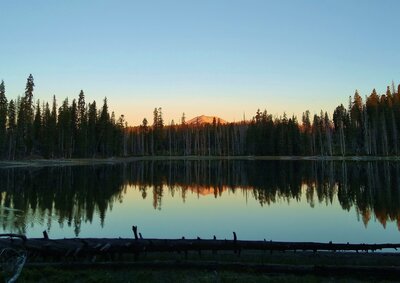 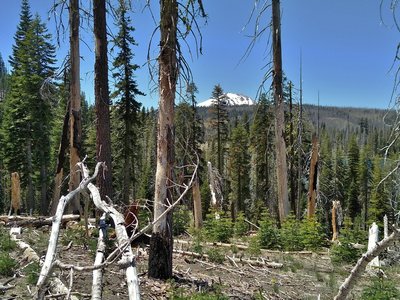 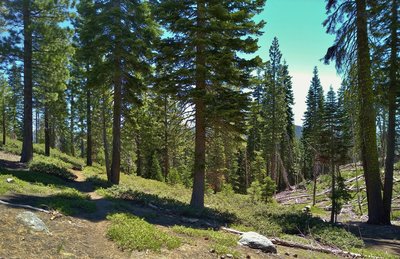