The Thomas Divide Trail is a long ridgeline course that begins along Newfound Gap Road and follows its namesake south to Galbraith Creek Road about a mile east of the Deep Creek Campground. Largely because of its considerable length and change in elevation, the trail is home to an astonishing variety of wildflowers and a wide range of tree species.

The Thomas Divide Trail begins in a nameless depression where Newfound Gap Road crosses over the divide. The trail starts on an easy course following the ridgeline. From the outset, the track is even and soft underfoot. It remains as such for most of the trail’s course. Though not readily noticeable, the trail eases off Thomas Divide for a short diversion out and back along Beetree Ridge before settling into a gentle climb.

Almost two miles from the trailhead, the Thomas Divide Trail eases into a dell on the ridgeline where it intersects the upper terminus of the Kanati Fork Trail.

From the Kanati Fork junction, the Thomas Divide Trail climbs moderately for a half-mile to the top of Nettle Creek Bald. Irrespective of its name, Nettle Creek Bald is completely overgrown, though it affords limited views south along the spine of the divide to Newton Bald and east across the Oconaluftee watershed to Hughes Ridge.

As the trail eases off Nettle Creek Bald, it descends moderately for a little more than a mile to Tuskee Gap and then climbs on a corresponding grade for a half-mile before dropping into an intersection with the Sunkota Ridge Trail entering from the right. From this junction, the Thomas Divide Trail continues on a slight climb for almost another mile to approach the western perimeter of Newton Bald, where it meets the Newton Bald Trail.

Beyond the Newton Bald junction, the Thomas Divide Trail offers a one-mile respite from the climbing before entering a very steep descent into Deeplow Gap.

In Deeplow Gap, the Thomas Divide Trail intersects the Deeplow Gap Trail before a steep one-mile climb out along the divide. At the top of the climb, the trail starts into a steep descent that persists through a junction with the Indian Creek Motor Trail until its end at the park boundary. Here, at its intersection with the Indian Creek Motor Trail, the Thomas Divide Trail leaves its narrow cushioned track for the wider rougher course of the unimproved road. The steepness of the grade does not diminish, continuing for an additional two miles until the trail reaches Stone Pile Gap and Tom Branch Road.

Innumerable species of eastern hardwoods and native wildflowers abound on this trail, along with copious eastern hemlock. 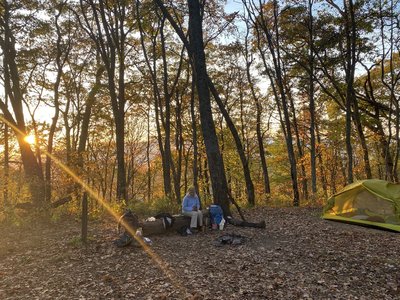 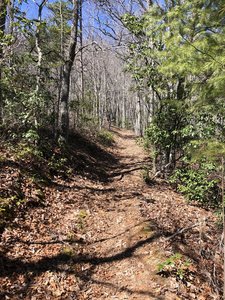 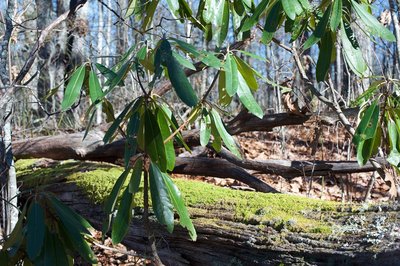 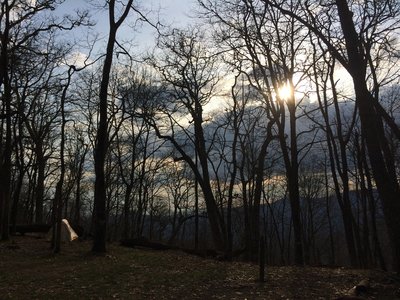 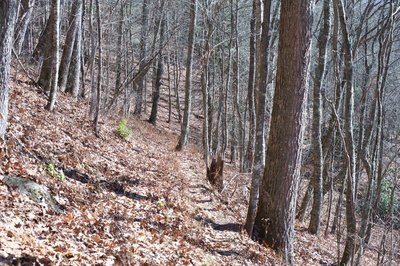 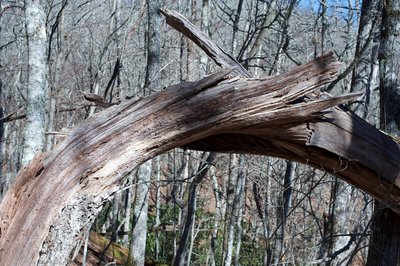 All Clear 57 days ago See History

Jun 25, 2021
buddy beavers
started at deep creek and went to Newton Bald to finish
Jan 1, 2020
David Hitchcock
Hiked trail, views through the trees of the surrounding mountains, difficulty is the distance more than anything. After first mile, no other people. 14mi — 6h 00m
Nov 25, 2018
Jen Giallombardo
Dec 28, 2016
David Hitchcock
Hiked to the Kanati Fork trail, and then broke off and hiked down to Newfound Gap Road. 2miles, not a lot to see along this section. 2mi
Jul 9, 2016
Jeremy Varo-Haub
Jul 8, 2016
Jeremy Varo-Haub
Jun 29, 2016
Elizabeth Paashaus
Jun 1, 2016
EB Moore
Turned west on Sunkota Ridge Trail at around 7 mile marker to loop back to trailhead.