“Possibly one of the most difficult trails on the entire mountain. ” Going from the paved parking lot off on the north side of Nolen Ave. to Bankhead parkway the Sinks Trail is one of the most challenging trails on Monte Sano.

Starting near 1,600 feet the trail quickly descends into valley crossing Mountain Mist at 1/4 of a mile, reaching the area known as three benches at 1/2 mile, a confusing intersection with the Keith Trail and Stone Cuts trail a 10th of mile later, (stay left) before reaching the trails lowest point near 1,300 feet. This whole section is rocky at certain points which adds to the degree of difficulty when you factor in the grade of the trail.

Near the middle of the trail to the east there is an interesting rock wall that during times of heavy rainfall acts like a funnel for all of the runoff. One of those watersheds, you hike parallel to and sometimes on top of, the trail from there to the intersection with Logan Point Trail near the other end of the Stone Cuts trail at 1.25 miles. This section also features a lot of flat slippery when wet rocks, so proceed with caution.

From there, the trail starts to turn south as the grade of the trail increases gradually as it gets closer the Mountain Mist Trail. From here to the end it becomes extremely difficult going up almost 200 feet in less than a 1/4 of a mile before ending on the Bankhead Parkway.

If you want to know more about the trail please read my article on Huntsville Outdoors. 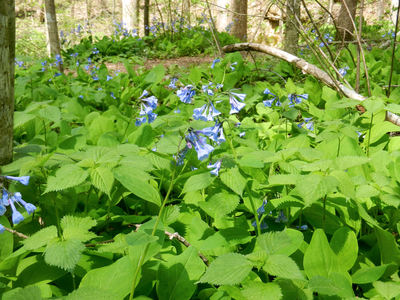 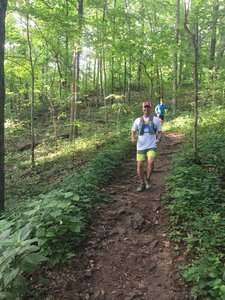