This consistent climb to the Dodger Point fire lookout cabin is challenging but a good, do-able workout. The route climbs the spine of Long Ridge with Long Creek far below on one side and the Elwah River deep in its canyon on the other side.

Begin from the suspension bridge over the Elwah River at the southern end of the Humes Ranch / Long Ridge Trail. Hike uphill, contouring around the hillside to gain elevation. After a series of steep switchbacks through dense forest, the ridgeline is finally gained. Along the way, admire the views down into the Elwah River's Grand Canyon and look for evidence of the wildfires that periodically burned this second-growth forest from 1897 to 1941.

Upon reaching the ridge, the grade eases temporarily and the trail dips below the western crest of the ridge, affording views of Mount Carrie and Stephen Peak. As you near the Dodger Point camping area, you'll also get partial views of Mount Olympus. Pass through pleasant alpine meadows full of wildflowers and then ascend around the western side of Dodger Point, crossing snowfields and talus. The Long Ridge Trail intersects with the Ludden Peak Way Trail and makes a sharp turn to the east, ascending steeply to Dodger Point and its observation cabin. This fire lookout cabin was built in 1933 and named after the first person to staff the lookout. Because of the amazing views from this spot, the cabin also served as an aircraft warning facility in WWII. 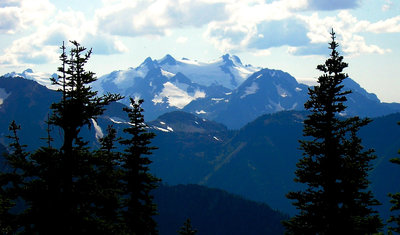 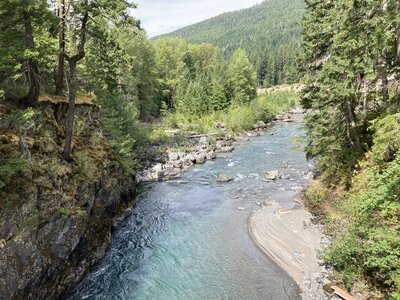 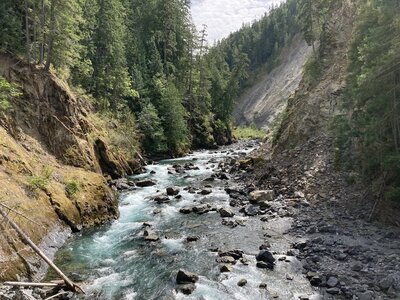