Property was donated in 1986 by James and Joanne McMurray, who lived at 3 Dan Beard Lane as part of a subdivision easement. Dan Beard lane was developed in the 80's, and it looks like the McMurray's donated multiple parcels. According to the book of trails they also donated the land behind the middle school.

Dan Beard lived at 7 Great Pasture in the early 1900's. Dan was an illustrator, most notably for Mark Twain's "A Connecticut Yankee in King Arthur's Court". Dan also was a founder of the Boy Scouts of America, and lead the Boy Scouts from its in 1910 until his death in 1941. Dan's main house was in Flushing, Queens - Redding was the summer house. Dan was friends with Alfred Paine, Mark Twain's business manager/biographer. Alfred talked Mark into buying Stormfield as a summer residence. Dan was friends with Twain from the illustration days.

Hiking Project is built by hikers like you. Add Your Trails 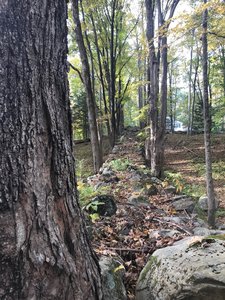 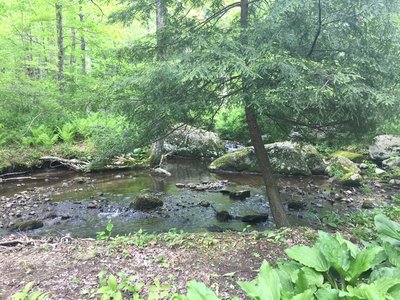 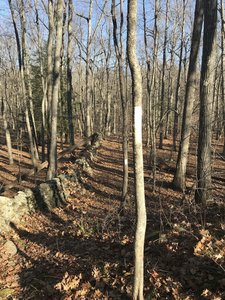