“A much faded old road that can form a loop hike with the Payette Trail #970. ”

This route is open year-round.

Applegate Lake is actually a reservoir, built and operated by the U.S. Army Corps of Engineers. Their design, way back in the 1970s, included fences to keep free-roaming cattle from reaching the lake. The Corps built a road - the Witcome Stock Driveway - behind one of these fences so they could collect and remove errant cows.

In the intervening years, the need to collect stray cows has gone away and today this driveway is more singletrack trail than road. It shows on today's Forest Service maps as a trail running south of and parallel to the Payette Trail #970 between the trailheads at Payette and Manzanita.

The east end of the Witcome is accessed from the Payette Trailhead. After crossing the bridge, but before going through the fence leading to the Payette Trail #970, you'll see an old road going uphill. It will have a barbed wire fence running along it.

About two hundred feet uphill, both the road and the fence will drop down to the west (right). This is the old stock driveway. Just follow this old road, keeping the fence on your right, until it joins the Payette Trail #970 just below the trailhead at Manzanita. To reach the Witcome's west end, you'll have to descend a short distance from that trailhead.

There are some springs (but no potable water) and fern gardens along this route, a few views of the surrounding hills and Applegate Lake, and forests of madrones and pines. But its best use is in allowing you to loop between the trailheads at Payette and Manzanita without having to do an out-and-back on the Payette Trail #970.

As with many places in Southern Oregon, watch out for poison oak along this trail, particularly during the summer months. Ticks are a possibility in late Spring - early summer. Rattlesnakes are not unknown but are rare. 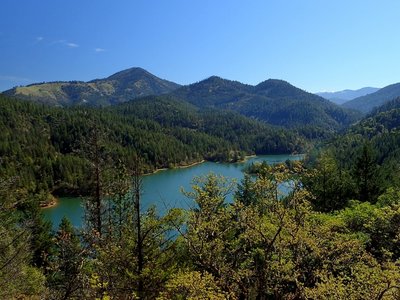 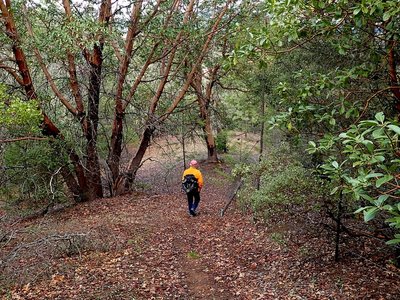 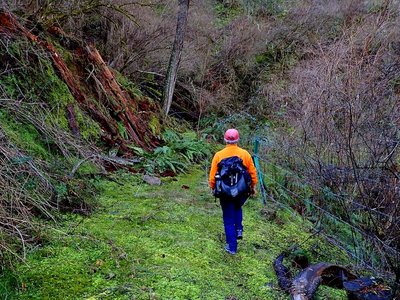 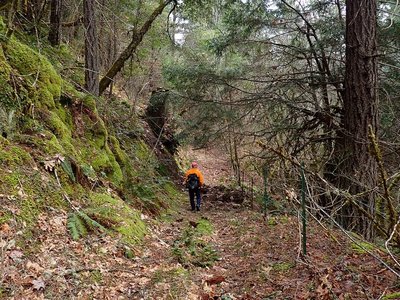 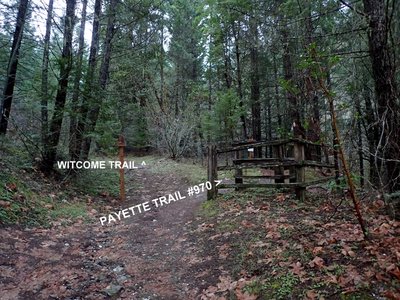 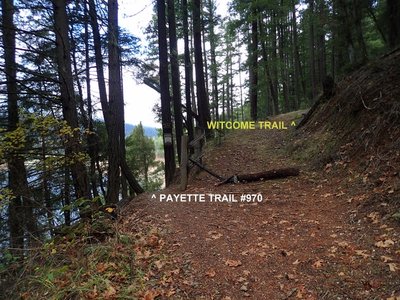