“This sandy trail passes through dune grass and shady shore pine groves with views of the bay and marshes. ”

Restrooms are available at the Pacific City County Boat Launch and at the Bob Straub State Park day use parking area.

This trail begins at the Pacific City County Boat Launch where horse trailers can unload and park. Bob Straub State Park is popular for equestrian users and there is also a camel-riding company that uses the trails as well.

The trail starts out next to the Nestucca River and heads south towards the mouth of the bay. The trail surface is sandy and the sand can be deep and shifting, making hiking a bit of a task. Some parts of the trail have paths on the side of the trail for hikers to get out of the deep sand.

There are many connector trails, many of which are closed now to reduce confusion and repair the ecosystem. Pay attention to the signs and do not follow trails that are closed and have a sign indicating sensitive natural rehab areas. Connector trails will head west to meet the Marsh Trail and east to the Riverside Trail. Expect to see some deer and plenty of birds, as the estuary is part of the Nestucca Bay National Wildlife Refuge.

The trail is well-signed at the intersections, so keep following the Bay Trail signs until you reach the main fork. The eastern path leads through mossy deep shore pine forest to the bay and a sandy beach which at low tide is very exposed. The west fork leads to sandy dunes and an intersection with the Marsh Trail and a beach access point.

This trail is usually done as part of a loop with the Marsh Trail to circle the entire sand spit. 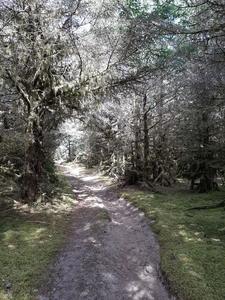 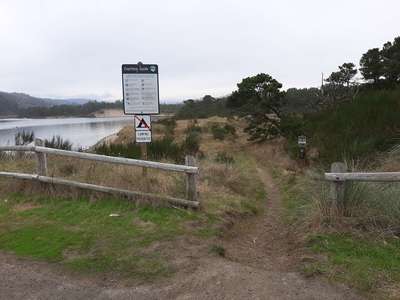 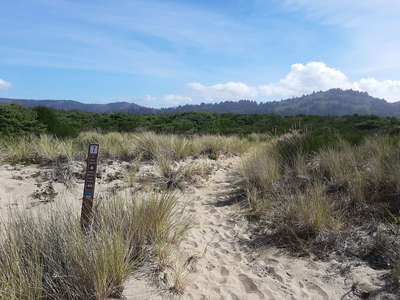 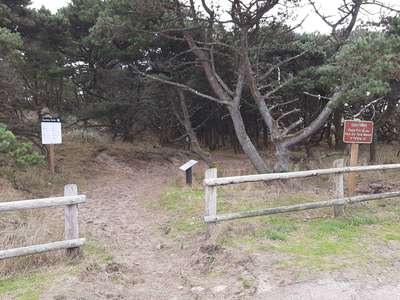