“A trail with everything that makes the Oregon Coast great - lush forest, ocean views, a waterfall, and sea lions. ”

A majority of the trails on Cascade Head are closed from January 1 through July 15, so it would be best to just avoid this hike during this period of time.

Cascade Head is a treasure of the Oregon Coast with beautiful, dense and lush forests juxtaposed with open hillsides and meadows that allow great ocean views. This out-and-back highlights a lot of the beauty of Cascade Head including Hart's Cove and its waterfall.

The Hart's Cove Trail goes through a dense forest right along the coast and during one section you can generally hear the bellowing of sea lions, even though you can't see them due to the thickness of the forest, which is pretty cool.

Most of this area is a nature preserve, and for this reason - more so than even other places - it is important to stay on the established trails and roads and not damage this beautiful area, so it can stay open to the public.

Starting from the Knight Park, this hike starts on the Nature Conservancy Trail which starts out more or less paralleling (and crossing a couple of times) one of the local roads. In spite of being close to a road, most of this section of trail still feels isolated due to the thick forest all around, and even though the trail has been meticulously constructed, it can still be challenging for hiking due to the endless stairs and amount of roots all along the trail.

After rounding the ridge, the trail gets pretty steep again as it switchbacks up the open ridge until it reaches the top of the ridge, and then the trail undulates as it heads back into the forest. This portion of the trail (the Nature Conservancy Trail portion) continues through the forest until you're about 3.25 miles into then hike when the Nature Conservancy Trail ends at the National Forest Development Road 1861.

At this point, the hike starts to descend down this road for approximately one mile before reaching the Hart's Cove trailhead. Once you reach the Hart's Cove Trail, the hike gets back onto a nice singletrack trail that switchbacks down into the Cliff Creek drainage. The trail then contours around through this drainage, crosses the creek on a footbridge and then heads out of the drainage towards the ridge between Cliff Creek and Chitwood Creek. As the trail nears this ridge, you can often hear sea lions down in the ocean below as a large group lives on the rocks below. You cannot, however, see the sea lions due to the thick forest in between the trail and the ocean at this point.

After rounding this ridge, the trail then descends toward Chitwood Creek, and as the trail gets towards this creek it becomes wet in spots and sometimes rocky and rooty, which can make progress slower but the trail is still pretty good. After leaving Chitwood Creek the trail undulates through the forest until it finally emerges onto a large, steep meadow with great views of the ocean.

At this point, you can actually see where the sea lions are that you could hear before, and if you descend the last few hundred feet you can get great views into Hart's Cove where there is a beautiful, albeit small, waterfall dropping into the cove that runs into the ocean. This waterfall is one of the reasons this area is called Cascade Head. At this point, you just return the way you came and enjoy the steep uphill and the exhilarating downhill as you cross back and can see everything from a different point of view on the way back.

in Cascade Head Scenic Re… 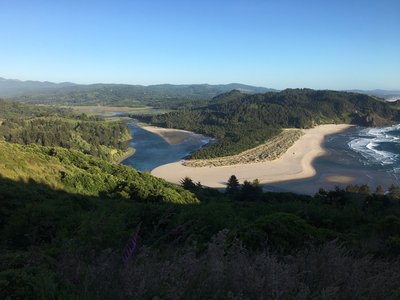 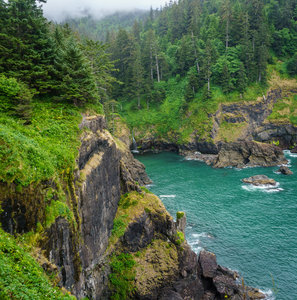 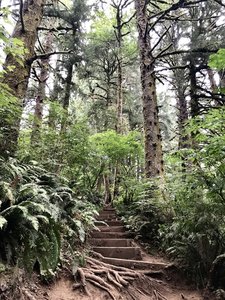 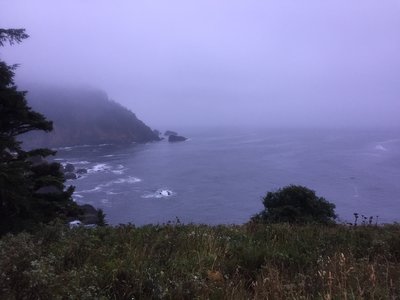 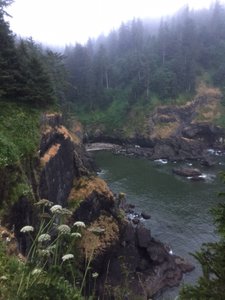