“This trail has it all: waterfalls, climbing access, picturesque views and a peaceful meadow. It is not to be missed! ”

The Wildcat Rock Trail features three outstanding landmarks: a stunning waterfall, breathtaking views from a rock outcrop, and a picturesque ridgeline meadow at the top of Little Bearwallow Mountain. This strenuous, 3-mile out-and-back (6 mile total) trail reaches these natural features after each mile of hiking, which allows you to customize your outing for a short hike or a long hike.

To access this trail, you'll park at the Upper Hickory Nut Gorge Trailhead and then cross the street. You'll begin by descending into an orchard (watch out for curious bears!), and quickly enter the forest, hiking alongside a babbling brook. This trail gains elevation quickly, but after about a mile of hiking, you'll find yourself at the foot of Little Bearwallow Falls. The 100-foot falls create a popular climbing spot most of the year, and an ice climbing spot in the winter.

Immediately beyond Little Bearwallow Falls lies the most difficult part of the trail, a steep stone staircase that leads you around to the other side of the Falls. About two miles into the trail, you'll see a side trail leading up to Wildcat Rock. A short scramble away are some stunning views of the Hickory Nut Gorge. The trail continues another mile, ending in a meadow at the summit of Little Bearwallow Mountain. The trail ends here for now, but there are plans to connect Wildcat Rock to the Bearwallow Mountain Trail soon.

Conserving Carolina partnered with Upper Hickory Nut Gorge conservation champions John Myers and Jane Lawson as well as the Brock family in 2013 to acquire and preserve 128 acres on the north slopes of Little Bearwallow Mountain. This is the land that most of the Wildcat Rock Trail crosses. John Myers and Jane Lawson protected an additional 38 acres of their property through a conservation easement with Conserving Carolina in 2017. The first mile of the Wildcat Rock Trail crosses this land. Now protected forever, Wildcat Rock tract is considered one of the most biodiverse locations in the Natural Heritage Inventory of Henderson County. 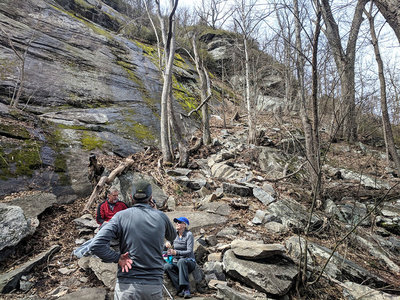 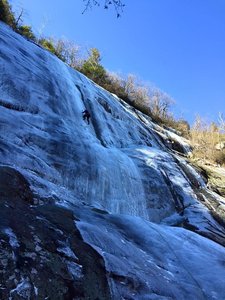 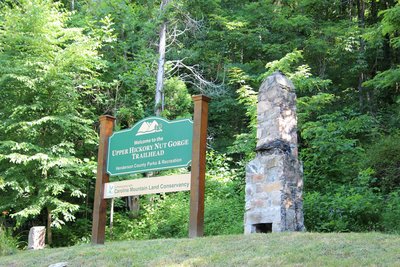 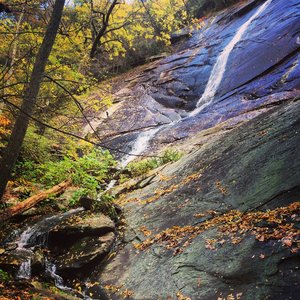