This is a big day hike which covers most Big Basin State Park has no seasonal water crossings.

Starting at the park headquarters, you'll take the Skyline to the Sea Trail to the Middle Ridge Road, and cross the road slightly to the left to the Howard King Trail. Following the trail, you'll cross or briefly follow the Hihn Hammond Road a few times, and eventually arrive at the bench at the McCabe Overlook, which offers a distant view of the ocean and a good place for a mid-morning snack.

Beyond the overlook, follow the Hihn Hammond Road to McCrary Ridge Trail (look for the "Hikes on Trail" sign to the left). This stretch goes in and out of the chaparral, and eventually the McCrary Ridge Trail leads to road of the Skyline to the Sea Trail, offering a straight shot to the beach—there is an option on the Skyline to the Sea Trail to cross Waddell Creek between the Twin Redwoods and Alder camps, however, you'll want to stay on the road rather than taking the trail since you'll follow the trail after visiting the beach. On the way to the beach, you'll find a ranger station with pit toilets and a potable water spigot—this is a good place for a lunch break (picnic tables are available), but I prefer to stop here after dipping my poles in the ocean.

After lunch, turn left up the hill right after the ranger station parking lot—this is the Skyline to the Sea route we opted out of earlier. Eventually, you'll come upon a fork and a sign, where you'll go left up the Clark Connector Trail, which leads to the Westridge Trail, where you'll turn right onto. After a steep climb on the Westridge Trail, you'll eventually arrive a Chalk Mountain, where you'll find a pit toilet on the east side of the peak, and a picnic bench with a view of Año Nuevo (great spot for an afternoon snack).

The final leg of this route is to return to headquarters on the old roads. Whitehouse Canyon Road is fairly exposed, so you may get quite warm in the summer months, but shade will return once you reach Gazos Creek Road (turn right at the massive tree house), which will take you past the north end of the Middle Ridge Road and eventually to the paved road north of the park headquarters, which you can follow back to headquarters where you started. 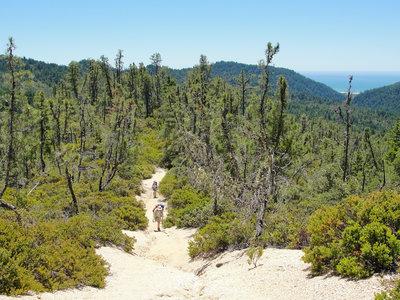 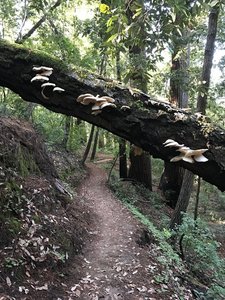 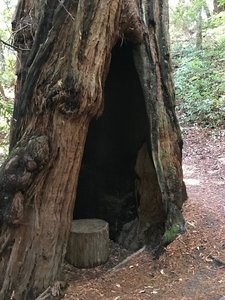 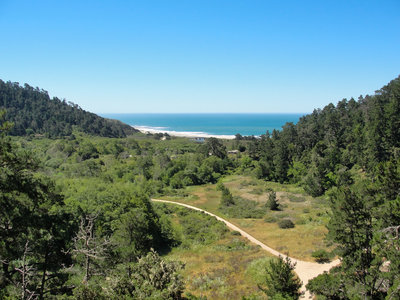 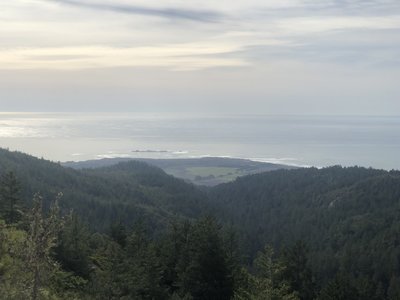 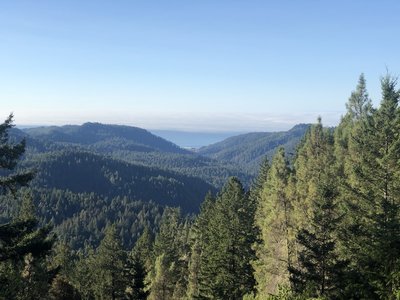