Points of Interest along this section: The section is a generally north-running ridgeline from Fowler Mountain to Dyer Gap. Old GA 2 used to cross the mountains from Fort Oglethorpe to South Carolina through Dyer Gap. It fell into disuse and portions of it were closed when the area to the west was designated wilderness in the mid 1970s. A cemetery and open pavilion is still maintained at Dyer Gap. There are several very old headstones marking graves of settlers from the area. There are signs identifying Fowler Mtn, Flat Top Mtn, Halloway Gap and Double Hogpen Gap

Trail Description: From Fowler Mountain (WP 70, 3392’) at mile 62.5, head north on the ridge line along Horse Ridge which peaks out at mile 63.7 (3542’). After descending to Halloway Gap, at mile 64.5 (3230’), a blue blazed trail goes down the east side of the gap for 0.1 miles to a nice spring and campsite built by the BMTA (WP 75). From the gap, the trail climbs another ridge along the east side to a ridge top at Rackley School House Knob, then down to Double Hogpen Gap at mile 65.7 (3690’). Just before the gap, at mile 65.6 there is a nice campsite along a small creek (WP 76). The actual gap is at mile 65.7 and features a large wildlife clearing which was Walker’s Field from which the creek flows. This is the site of the Walker family homestead. No camping is allowed in the wildlife clearing. At mile 65.8, the trail turns left off an old logging road onto a singletrack. This can be a confusing turn since there is an intersection of three old logging roads and the trail itself. Watch closely for the left turn off the road. At mile 65.9 the trail again makes a sharp left turn but an old logging road goes straight. Take care again at this intersection. At mile 66.4 the trail begins crossing the four various headwater streams of the Jacks River. It then climbs to the top of Flat Top Mountain through a beautiful open hemlock forest, topping out a mile 67.2 at 3732’. Flat Top Mountain is the highest point on the BMT in GA other than at Springer Mountain (3750’) and was the site of community of six or eight families who had a mill and a school here until 1918. From here it descends 850 feet on a trail which crosses FS 64 at mile 68.7. Dyer Gap is just a short 0.1 miles uphill to the right (WP 77, 2870’) and the cemetery and open pavilion is just a little further up the road and can be seen from the gap.

Campsites: There is a great campsite at Halloway Gap built by the BMTA at mile 64.5, just 0.1 miles down the east side of the gap near a stream (WP 75). Another excellent campsite, with water is located at Double Hogpen Gap at mile 65.7 (WP 76). LNT camping is available on almost any relatively open flat spot but there are no other designated campsites. There are no reasonable campsites at the Jacks River headwater crossings. 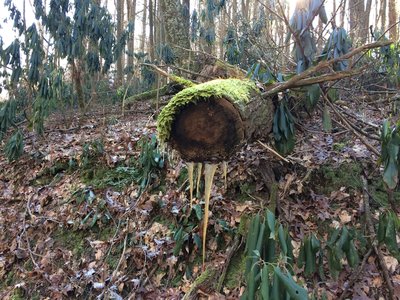 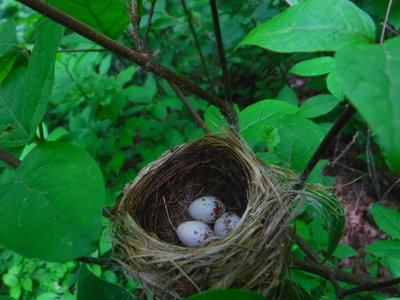 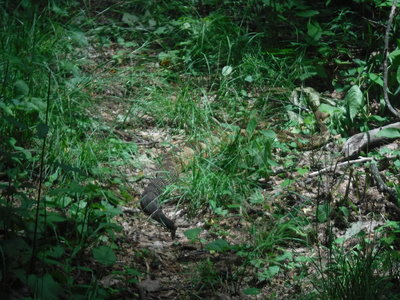