“A short loop for a day trip or one/two night trip. ” The exposed balds of the Highlands, rock formations to play on, the constant changes in landscape, fields and tunnels of Catawba Rhododendrons, vista after amazing vista and the wild ponies make this area one of the premier venues in all VA. Most of this loop lies outside of the park and within the boundaries of the Mount Rogers N.R.A. There is a day-use fee and a fee for overnight parking.

From the parking lot, take the Appalachian Spur Trail as you climb gradually through woods and meadows. In about 0.10 miles pass through a gate (please close it).

In 0.86 miles reach the AT: Mt. Rogers Appalachian Trail Club (VA). Turn left here and weave your way through rock outcrops and Rhododendrons. In 0.55 miles from the spur, pass the blue blazed Rhododendron Trail on the left and cross a horse trail. Follow the AT as it gradually climbs to the highest points of Wilburn Ridge. In 0.61 miles leave the park (close the gate please) and enter the N.R.A. You'll cross a horse trail here as well. The trail gets rockier at this point.

In about 0.2 miles the blue Wilburn Ridge Trail comes in from the left. If you wish to do some rock scrambling over the ridge be prepared to add an extra hour to your hike (The Rhododendron Gap Trail cuts it off if you want to do a shorter version.) In another 0.31 miles cross the previously mentioned Rhododendron Gap Trail. Here the AT climbs the highest knob on the ridge. The Ridge Trail comes in again from the left at 0.35 miles from the Rhododendron Gap Trail as you descend from the knob. In another 0.34 miles the AT cuts through a break in a large rock formation - The "Fatman Sqeeze." Climb the right side for a wonderful view. If you look to the west you can see Thomas Knob in the foreground with Mount Rogers peaking out from behind it. Staying on the AT for 0.16 miles you'll reach the junction with the Crest Trail. Stay on the AT and in a few steps turn right onto the Pine Mountain Trail - the Original AT route.

Most of the next 1.11 miles passes through a tunnel of Rhodos with breaks providing views of rock outcrops and balds. As you exit the tunnel you'll cross the Lewis Fork Trail. There is a very strong running spring flowing in two forks a short distance further along the trail. In 0.43 and 0.16 more miles pass two established campsites. In 0.14 miles once again reach the AT. Apple Orchard Shelter and a spring are 2 miles to the left. To complete this loop as described turn right onto the AT, heading for The Scales.

In about 0.99 miles cross a stream. Shortly after this pass a very nice campsite to the left below the trail. It looks like it is not far from the bank of the stream just mentioned. In another 0.32 miles enter the area called The Scales. There is a piped spring at the junction of the AT and the Crest Trail. Pass through the corral and gradually climb to the top of Stone Mountain, which is totally different from anything you passed on the trek. Instead of rocks, knobs and boulders you look out over a nearly flat plateau with fields surrounded by mountains. In 1.25 miles from the Scales cross the Bearpen Trail and enter the Little Wilson Creek Wilderness. In 1.31 miles cross the Scales Trail and then Wilson Creek on a bridge arriving at the Seed Orchard Road and the Wilson Creek Trail, cross it staying on the AT.

During the next 0.34 miles you'll cross another stream on a bridge and then a fence using a ladder before reaching the Wise Shelter. While tenting is not allowed in the immediate vicinity of the shelter there is a nice field just before it and some individual spots on unofficial trails in front of it. A privy and spring are close by. Over the next 1.32 miles you'll pass through two styles in the fence that separates the park from the N.R.A. and climb back up to the lower Wilburn Ridge and the Appalachian Spur Trail. Turn left here and retrace your initial 0.86 miles miles back to your vehicle. 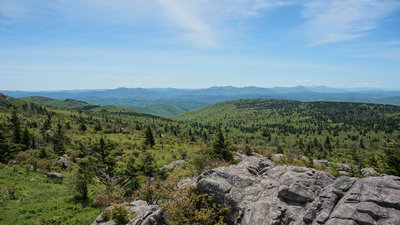 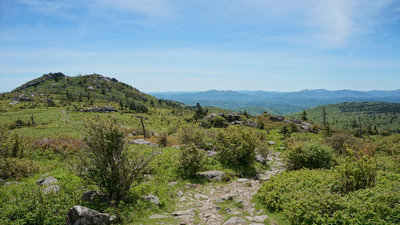 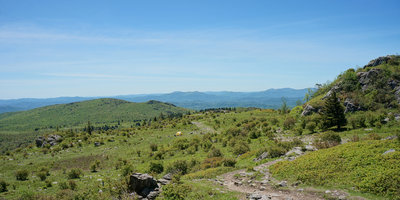 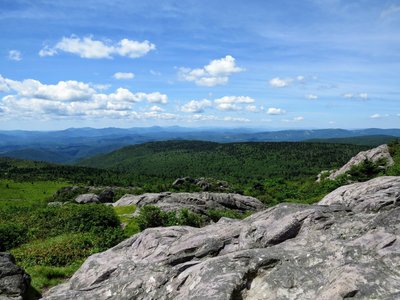 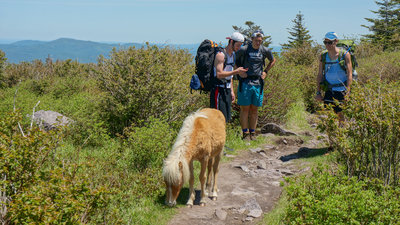 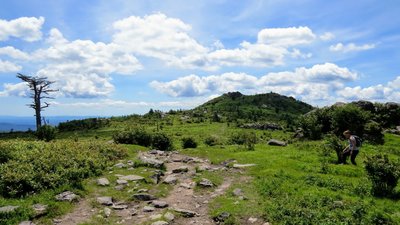 All Clear 9 days ago See History

Massie Gap to Mt Rogers Summit Out and Back