Family Friendly The setting is so cool, and the hiking is gentle enough for family members of all ages.

Closes at dusk; must have a Discover Pass.

This is your own personal tour of Fort Casey, and will take you to all the coolest places in the fort. The tour will also tell you about the Fort.

When you get to the parking lot, head across the field towards the lighthouse.

Admiralty Head Lighthouse: This is the second lighthouse that was here at Admiralty Head. The first one was wooden, and was taken down when the fort was built. The percussion of the guns would have knocked down the wooden one. More info can be found here.

After you are done exploring the lighthouse, follow the South Fort Casey Rd right until you reach...

Follow the trail back to the lighthouse, on the left will be...

After you are done exploring, follow the path that runs from the lighthouse to the main fort section.

Battery William Worth: Two 10-inch rifles. The rifles here are not originals. They were imported from Fort Wint in the Philippines. The pock marks you see in the barrel are from American bombs. The Japanese had captured the fort, and when it was being taken back by the U.S. they used a lot of bombs. The battery is named in honor of Brigadier General William Scott Worth, for his meritorious service at Petersburg and Appomattox during the Civil War, and in the attack on San Juan Hill July 1, 1898 during the Spanish-American War.

Batteries Worth, Moore, and Kingsbury, all had 10-inch Disappearing Rifles originally installed when the fort was built in 1901. These batteries later had 3-inch AA (Anti-Aircraft) guns installed in World War II. The barrel (of the 10-inch guns) weighs 30 tons, and the whole carriage weighs 164 tons!

You might notice 'pillboxes' on the hill behind you, and on stilts looking over the water. Those are called BC (Battery Control) or FC (Fire Control) stations, their job was to keep an eye out for ships, and if need be report a firing location. That is a little over simplified; in reality they had to send their info to a plotting room, and a bunch of calculations were done to get an accurate prediction for the gun.

Once you keep going you'll come across two other vatteries: Valleau and Trevor (only after the trail goes out to the searchlight emplacements).

Trevor has guns from Fort Wint, they are two 3-inch rapid fire Pedestal Mounted guns. At this point you'll also come upon the Switchboard Room and Observation Hill—go explore!

After a while, you'll come to the original main power house; this was responsible for powering the fort's amenities, not the batteries or searchlights.

You'll then come upon Schenck and Seymour. Each battery had 8, 12-inch mortars, in two pits. The mortars could fire 9 miles, the other guns were limited to 8 miles.

After exploring, follow the trail back to the parking lot.

This fort is one of many that were built to protect the heart of Puget Sound and Bremerton Naval Base from enemy ships. The fort was finished in 1901 and was pretty useless pretty soon after that, due to navel and aircraft advancements.

The military had been wanting to build a fort here for a long time. They finally got started when a few things piled up: 1. USS Maine blew up in Havana Harbor, and America was afraid the Spanish Fleet would invade. 2: The French made a fake invasion plan of the west. 3: Assets to protect due to gold rush, and mounted tension with Britain during the Pig War.

The fort was used for training troops during WWI-WWII; it was used after for training Washington National Guardsmen. The guns were all either made into field artillery or cut up for scrap metal during the world wars. 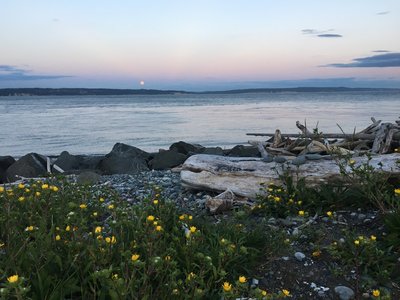 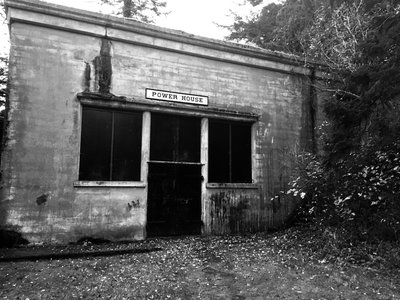 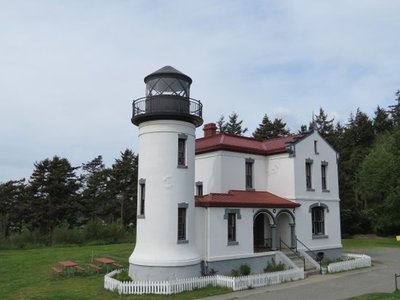 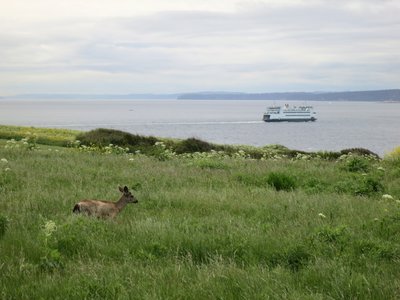 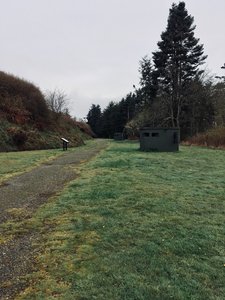 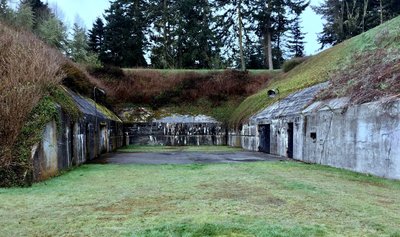