2.0 (1)
Plan with onX Backcountry
Previous Next

“This trace provides access to three ponds from the Chatterton bridge and Addicks Dam Road Southeast. ”

This is a trace in Addicks Reservoir that is not maintained. Please comply with Corps of Engineer's regulations by not disturbing the ground or vegetation. Vehicles are prohibited. Please refer to the “Addicks Reservoir” page for area-wide information.

This trace runs along the power line right-of-way. Though there are some boggy spots, it is generally passable when Addicks Reservoir is dry.

The southern access point is directly west of the Chatterton Bridge. The path is heavily used and generally has a log in place to cross the water at the low point. The path leads directly to one of the ponds.

The trace is indistinct heading north from this point. At the central pond, the ground is boggy on the west side but can generally be passed by moving to the east side of the right-of-way. There are several more bogs to cross in this segment.

At the northern pond, the trace intersects Banzai Pipeline Trace and moves back to the west side of the right-of-way. Following a well-defined path along the power line the trace arrives back at Addicks Dam Road Southeast near the Centerpoint Energy complex.

Fire ants and mosquitoes are common. 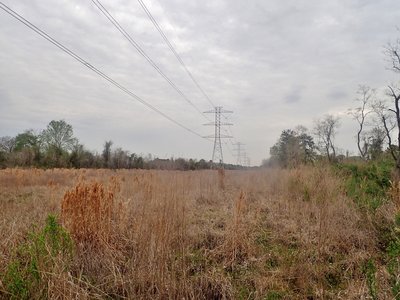 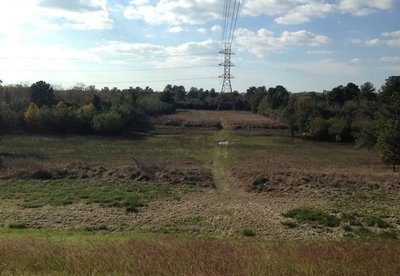 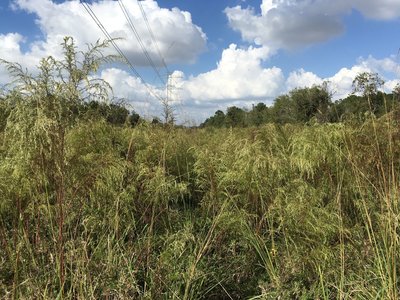 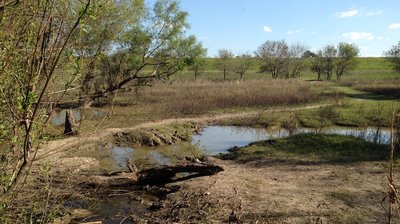