“A trail through divine scenery and historic sites with evidence showing that life was really bustling in the past. ”

Cell service is available while ascending the trail from the Aparan Reservoir to the Tsaghkunyats mountain, and 911 emergency services operate in Armenia in the event of any accidents.

This hike will take you to the Aragatsotn region in the Republic of Armenia, a lovely landscape where you'll find historic site that show that the region was once a bustling center of trade. In ancient times, people possibly reached these places with their animals for the purposes of trade, exchanging goods, or selling precious stones and silver items. In the present, it is a very silent place. The calmness of these verdant areas and semi-ruined churches is interrupted only by the songs of perched birds and the whistle of the wind. The best time to visit the area is from April to November although the weather in the area is sunny and favorable for hiking most times of the year. Be sure to bring bottled water with you.

The trail starts on the east side of the Aparan Reservoir, and it is possible to get to the start of the trail by taxi (cost of approximately 7,000 AMD - 1km/100AMD). The St. Peter and Paul (Armenian: Surp Poghos-Petros) church is located on the left bank of the reservoir. The lake and route to be followed lie within the center of the Aragats and Teghenyats mountains. The trail passes through fields, over lush green meadows, through the forest, and then little by little it reaches the mountain's peak (2,300 m). After reaching this high point, the trail which takes you down the opposite side of the mountain is a steady descent.

The Aparan Reservoir is a blue mountain lake surrounded by high, snowy mountain peaks, old monasteries, and ancient cross stones. Swimming is not allowed in the reservoir, because the water is intended for irrigation. The reservoir has an earth dam that is 50m high and 200m in length. It freezes in winter, and its main fish species is the local Sevan khramulya. When the reservoir was formed, the villages of Qasak and Zovuni were flooded, and the inhabitants of these areas were resettled near Yerevan.

Hikers will want to spend some time sightseeing at the St. Peter and Paul church which is the first example of a domed hall with a basilic layout; it was built in the 5th century. The temple was reconstructed in the 6th century by Prince Grigor Gntuni, who gave the building a horseshoe-shaped interior. From the outside, you'll see a huge dome supported by pillars which were attached to the church (with a rectangular altar) walls. For 3-4 months of the year depending on the water level of the reservoir, the church remains underwater, which is why the eastern wall is now in ruins.

Flora: While hiking the trail, you'll come across large fields of yellow flowers. They are called ascension flowers, as they bloom on Ascension Day (celebration). Here, you'll also see yellow dandelions, chamomile, blue forget-me-nots, colorful violets, and flowering thorn plants, which have a recognized importance in the field of pharmaceutics.

There are also edible herbs (falcaria, nettle, lilium, goatsbeard) growing all around, which are collected by the local inhabitants of the community in the spring. If you are fond of mushrooms, you can collect mushrooms in the months of April, May, and June (bring a small knife). But don’t forget to show your collection to a local community member so that they can assure you that the mushrooms are not poisonous.

Fauna: Snakes, frogs, brown bears, wolves, foxes and other animals can be found in the area. Birds, like the field and wood lark, and many others can also be found here. 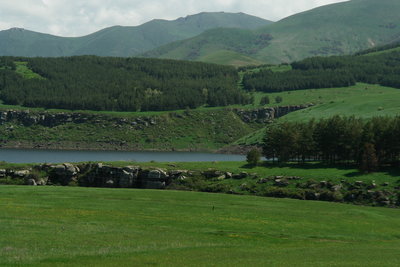 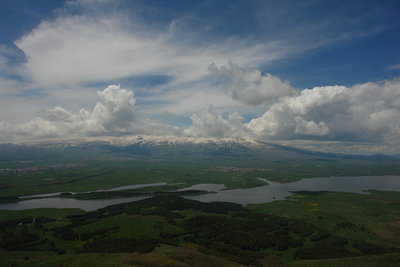 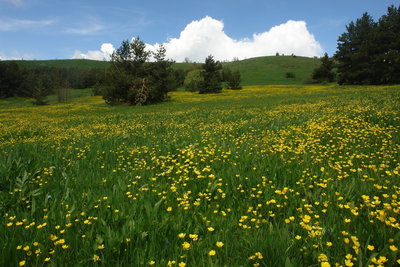 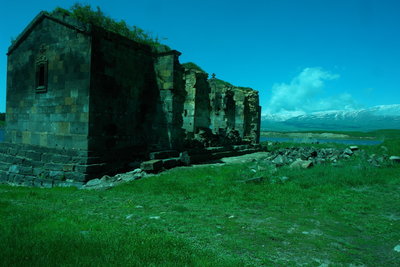