“A trail to the closest mountain to the Caraça park entrance. ”

To visit the Pico da Carapuça, as well as the other six peaks of the RPPN, hikers must be accompanied by an Official Guide of the Caraça.

Pico da Carapuça is located in the RPPN of Caraça, in the municipality of Catas Altas, the central region of Minas Gerais, approximately 120 km from Belo Horizonte. It is the closest and most visible peak to the Caraça Sanctuary. It is as if it were the guardian of the Sanctuary.

The peak is formed by an immense rock, and its top is small, irregular and filled by smaller rocks and some small crevices. There is a small building in ruins, which would have been shelter for retransmitters of the old TV Vila Rica de Ouro Preto. The top allows a view of practically the entire Caraça valley, the six nearby peaks, and far more distant regions, such as Serra do Capivari, Nova Lima and Serra da Piedade in Caeté. On clear days, it is possible to see up to the sides of Serra do Cipó.

The hike to the top is approximately 3.8 km. The initial 2.0 km travels through the Chapel of the Sacred Heart and the Grotto of Lourdes on a well marked trail. After the Grotto, the trail becomes very steep, with numerous steps, and you may need to lean on the trees around the trail.

In this final stretch of 1.5 km, there is the gap of 450m approximately on the trail in the middle of the forest. There are two main water points on the trail: one after the Chapel of the Sacred Heart and another, at an altitude of 1,700m, near the stone wall. However, in times of drought, it is possible that this second water source is dry. 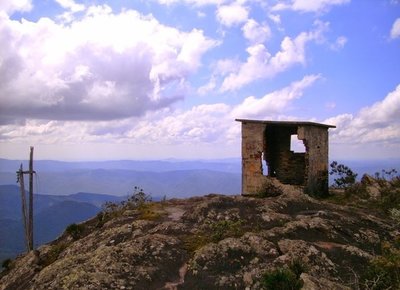 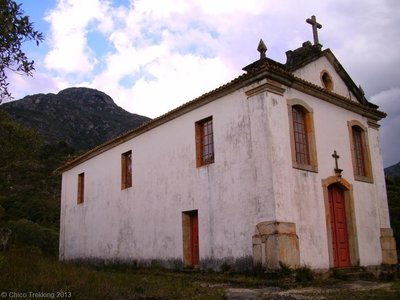 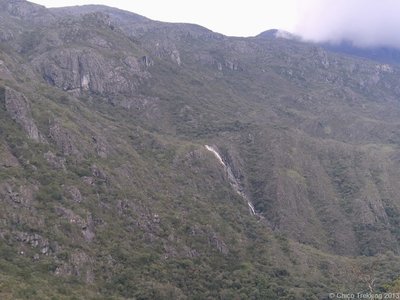 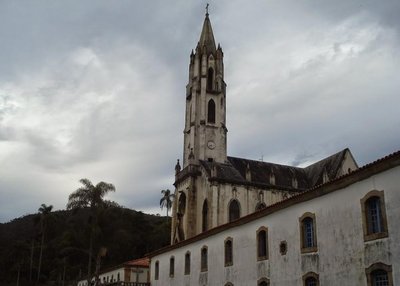