“A steep climb from the Little Wenatchee Ford Trailhead up to Cady Ridge with some breathtaking views. ”

Depending on the time of year, there is no water along this trail. Melting snow patches supplying small streams provide whatever water there is. For example, by mid July in a good snow year, there are still a couple little streams after the 4.5 mile mark. Perhaps heavy rains also bring water to otherwise dry streambeds.

Cady Ridge Trail is found in the fir forest at a well marked trail junction on Cady Creek Trail, a little over a half mile from the Little Wenatchee Ford Trailhead. Go right/north here to hike Cady Ridge Trail.

Immediately, in the fir forest, Cady Ridge Trail starts climbing up the end of Cady Ridge close to where Cady Creek empties into the Little Wenatchee River. For the first 1.4 miles this climb is on civilized switchbacks slightly to the Cady Creek side (south side) of the ridgeline. Still in the forest at the 1.4 mile mark, the trail is done switchbacking as it steeply heads straight up the ridgeline for the next 600 feet of the climb.

Then at about the 1.9 mile mark the grade eases as the trail finishes the remaining 0.8 miles of the climb by traversing the Cady Creek side of the ridge as it angles its way to the ridge top that it reaches at the 2.7 mile mark. This climb is entirely in the fir forest with occasional glimpses of nearby peaks, until the very end when the trail pops out into meadows and a surprise view of snowy Glacier Peak, 10.541 ft., to the north.

From the 2.7 mile mark, Cady Ridge Trail, with small ups and downs, ambles along the ridge top through grassy meadows with wildflowers and occasional snow patches (in July), and short forested stretches. Seen to the northeast is Poets Ridge with the Little Wenatchee River in the valley below, separating these two ridges. And to the southwest the nearby Cady Creek Valley separates Cady Ridge from another unnamed ridge.

At about the 4.5 mile mark Cady Ridge Trail moves to the southwest slightly below the ridgetop. Continuing on in the meadows the trail passes a couple small streams and begins a very gradual descent. The trail soon finds itself on a small bluff overlooking a valley ahead with the PCT in it. Cady Ridge Trail descends into this valley to end at a trail junction with the PCT.

Fir forest with dense underbrush at lower elevations. Meadows with areas of trees (firs) and wildflowers at higher elevations. Deer. 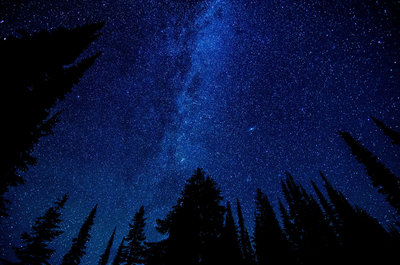 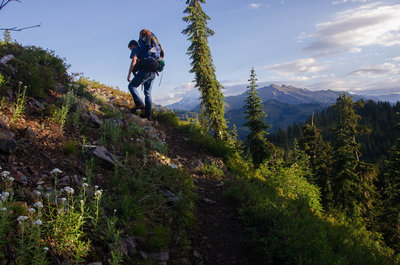 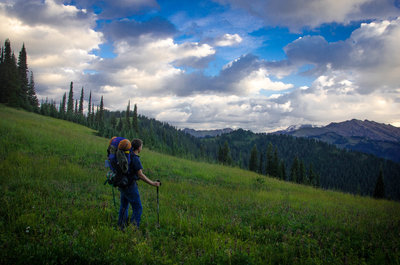 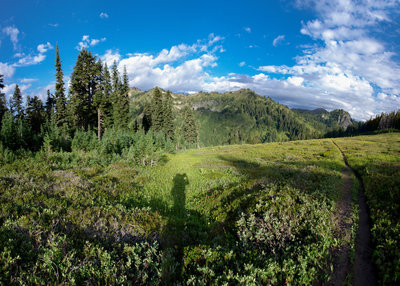 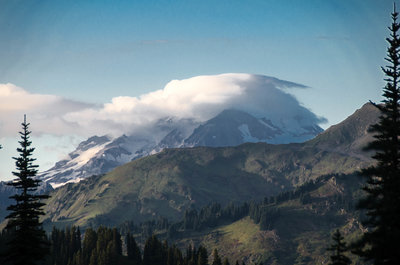 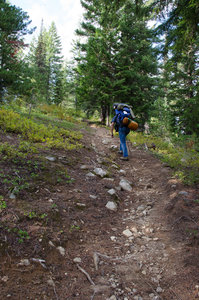 All Clear 66 days ago See History