The Webster-Jackson Trail starts from just past Saco Lake in Crawford Notch. There is no official parking lot directly at the trailhead so people typically park on the side of the road. The trail begins by following Elephant Head Brook for a short distance, a quarter mile or so.

However, just about 0.1 mile up the trail, you'll reach a fork for the Elephant Head Spur Overlook. This is about a 0.5-mile round trip trail to an overlook over Crawford Notch.

Continuing along the trail, it stays somewhat rocky and rooty but not difficult. The trail is generally well maintained and marked with blue blazes. You'll come across a handful of short, steeper extra rocky sections that the terrain graph on Hiking Project doesn't really capture.

At about 0.6 miles, you'll come across a very short spur to Bugle Cliff Lookout Spur. Once again a great viewpoint over Crawford Notch and interesting to compare the higher elevation view to the view seen at Elephant Head.

The trail continues mostly uneventfully for another three quarter miles or so. You'll cross a larger stream at about 0.85 which may be difficult to cross in high water.

At roughly 1.35 miles from the trailhead, you'll reach the fork for the Webster-Jackson Trail (Webster Branch) of the Webster Jackson Trail. If you have the time, it's a steeper trail to the top of Mount Webster but can be added to make a loop of both Jackson and Webster Mountains. Mount Webster provides incredible views of Crawford Notch, Mount Willard and many of the other mountains in the area.

If you continue on towards the Mount Jackson summit you'll stay for a while mostly parallel to Silver Cascade. There may be a few unofficial spurs to check out the cascade if you're interested. You'll officially cross over Silver Cascade much further up the trail at about 1.7 miles. After that, you'll have a couple smaller stream crossings as well.

As you get closer to the summit of Mount Jackson, the trail begins to get steeper and rockier. The final tenth of a mile or so is very steep and either climbing on rocks or over large rocks.

But once you get to the summit the views are awesome. You'll have great views of Crawford Notch in both directions. Incredible views of a significant amount of the Presidential Range including Mount Washington. And great views of many other mountains in the area.

The summit of Mount Jackson is a large, mostly open summit with plenty of space to spread out on a crowded day. 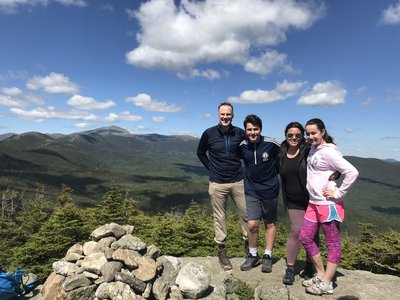 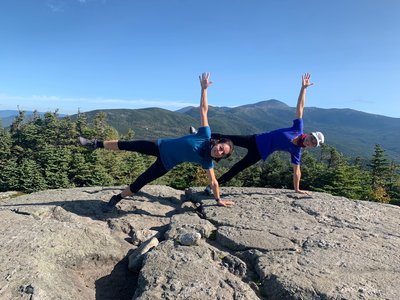 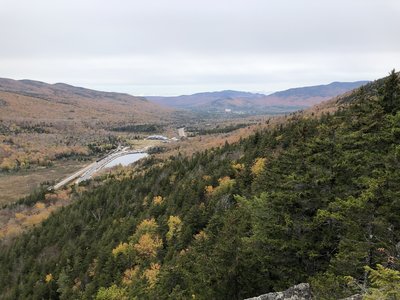 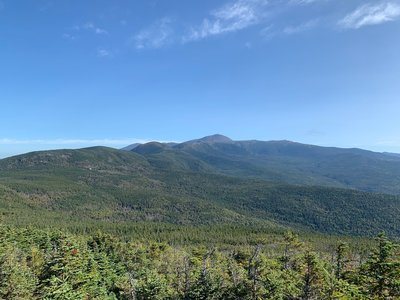 All Clear 68 days ago See History

Arethusa Falls Out and Back