“A trail through the woods that traverses the preserve. Great for wildflowers in the spring. ”

The Edgewood Park and Natural Preserve is open from 8 am to sunset every day. Check the San Mateo County website for more information regarding closing times.

The Edgewood Trail leaves the parking lot as a narrow dirt path. As the road rises above the trail on the left hand side of the trail, it gently climbs uphill following a chainlink fence on the right. The trail cuts to the right and follows the interstate for a little bit as wildflowers can be seen on both sides of the trail in the spring. At roughly .5 miles, the trail cuts underneath the interstate, where there is some shade to rest, and enters into the Edgewood Park and Nature Preserve. The trail continues until it meets up with the Sunset Trail at an informational kiosk where maps and info about the preserve are posted.

The trail widens as it cuts to the left and begins to climb the hillside deeper into the preserve. The Ridgeview Trail cuts off to the right shortly departing the kiosk. Views of homes, hills, and mountains spread out before you at top of the hill. Flowers line both sides of the trail as the Serpentine Trail goes off to the right as the Edgewood Trail narrows to be a singletrack trail. At roughly .9 miles, the trail enters the woods and provides a great amount of shade for a majority of the rest of the way. The hill drops off steeply on the left hand side of the trail as the trail winds its way along the contours of the surrounding hills.

At roughly the 1 mile mark, the trail begins to descend through the woods as it makes its way toward the Bill and Jean Lane Education Center. The trail is slightly overgrown in this section with grasses growing into the trail. Wildflowers can be seen in open areas in the woods. At 1.4 miles, the Franciscan Trail cuts off to the right while the Edgewood Trail continues to descend. At 1.5 miles, the trail crosses the Old Stage Road and descends more steeply via a series of switchbacks. Emerging at the education center, the trail terminates at the parking lot adjacent to the picnic area.

From here, you can return to your car via the path that you just traveled. You can also take the Sylvan Trail, Serpentine Trail, and the Sunset Trail back to where the Sunset Trail meets the Edgewood Trail, roughly 2.1 miles.

Wildflowers can be seen along the trail in the fields, especially in the spring. 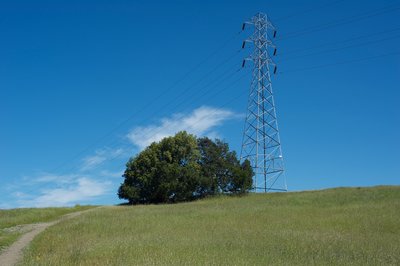 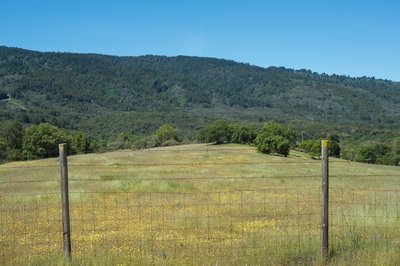 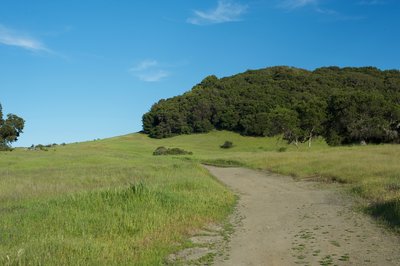 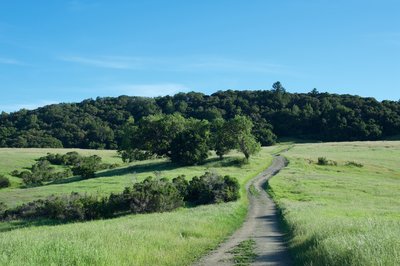 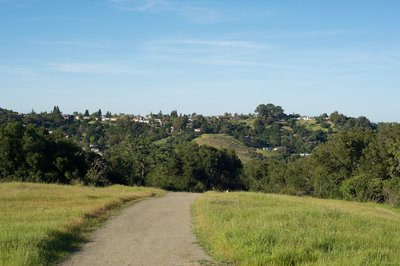 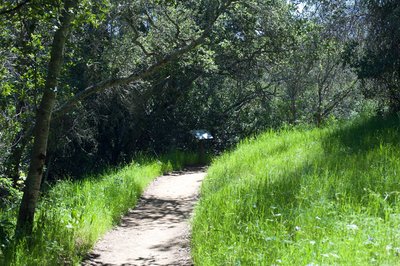