“Wilderness in the heart of Chapel Hill adjacent to UNC Chapel Hill Campus, with plenty of hills. ”

The best part of this trail is the first 1/2, ascending the Battle Branch Trail from the Chapel Hill Community Center Park through Battle Park. It has a wilderness feel in the heart of Chapel Hill. The descent on Franklin Street is not much fun, but there are some beautiful old mansions to admire as you head downhill. The finish along the Bolin Creek Greenway is flat and easy along a paved path.

Shortly after passing the Sandy Creek Trail sign (following signage to UNC Campus), you'll cross another bridge over Battle Branch Creek and enter Battle Park proper; this is the nicest part of the trail and you'll encounter a couple of nice viewing platforms. I prefer to keep taking the right, "pedestrian" trail rather than heading directly along the creek. Do not take any of the side trails with names, such as the Cedar Top Trail or Solitary Hill Trail.

Eventually, the pedestrian trail rejoins the OWASA access trail along Battle Branch, and you'll cross the creek on a rocky portion, then cross again on a bridge where you'll turn right and continue going uphill.

After another 1/4 mile, you reach the end of Battle Branch Trail and turn right on Park Place. After that, stay right again on Franklin Street. Look for a safe place to cross from right to left across the busy 4-lane street.

After about 1/2 mile, you turn left on Elizabeth Street and continue making your way downhill to reach the Bolin Creek Greenway. Continue until you reach a stop sign on the greenway and then turn right.

From there, continue on the flat Bolin Creek Greenway until it ends where you started at Community Center Park.

Battle Park, through which the Battle Branch Trail runs, is a mature hardwood forest, with deer and larger birds of prey including owls. The Bolin Creek Trail segment is more open and has similar wildlife, but greater pedestrian traffic makes sightings less likely. 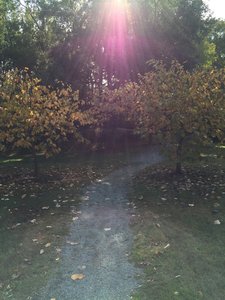 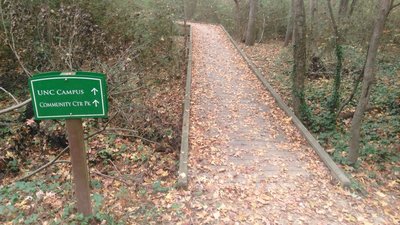 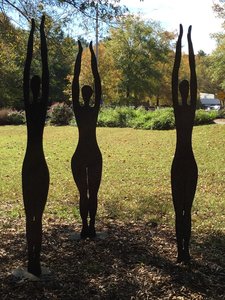 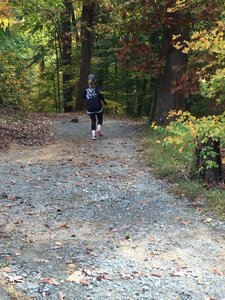 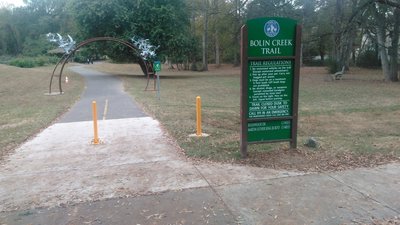 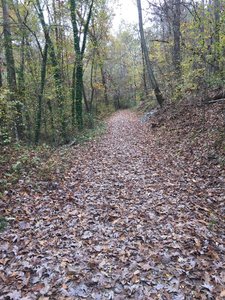