Gilbert Peak via the West Spur

“Often overlooked, Gilbert Peak is nearly as tall as nearby Kings Peak and even more adventurous. ”

THIS HIKE IS OFF TRAIL!

Leave Henrys Fork Trail at Dollar Lake. Pass through the campground on the west side of the lake until you reach the shore of Dollar Lake. A thin trail runs along the west side of the lake and a portion of the south side. Follow this trail south a short distance till it leaves the trees and meets an open space filled with tall, stiff shrubs. Find a path through the shrubs and over to the trees that line the east side of the lake. From here, the route is steep in parts as you move north along the edge of the spur. Many animal trails crisscross through this part of the route, which can make for easier navigation. To not get off route, keep the West Spur always to your right. Through the trees, you'll see the ridge of the West Spur descending as you continue to head north. Eventually, the trees will thin as you round the point of the spur and enter the large bowl formed by the West Spur and North Ridge of Gilbert Peak.

Leaving the trees behind, the route turns east around the point of the spur and enters another open space filled with the same tall, stiff shrubs as earlier. Begin ascending the spur along its obvious ridge line by beating a path through the shrubs. About halfway up the spur the shrubs give way to grass and easier movement. The ridge eventually flattens out a bit as it moves around the bowl. The navigating along this portion of the route is easy enough, though the patches of grass and rock may slow you down a bit.

As you continue around the bowl, Gilbert Peak is located east and straight ahead. Gunsight Peak, another 13,000+ feet peak, will be to the south. An obvious saddle sits between the two peaks. Continue east to Gilbert Peak. While the summit of Gunsight Peak appears obvious, the summit of Gilbert Peak is still not visible at this point. Nevertheless, continue east as the route passes over patches of grass and talus. Eventually the patches of grass stop and the slopes of Gilbert Peak turn to talus. Pick your way over the talus and passed the false summits till you reach the actual summit, which is marked by a small rock shelter and a USGS Summit Marker. 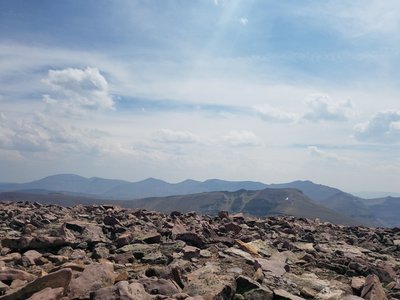 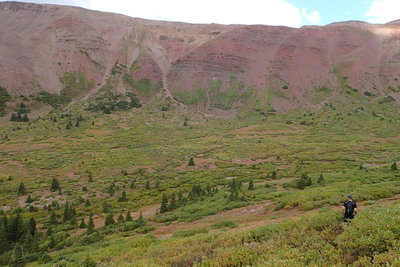 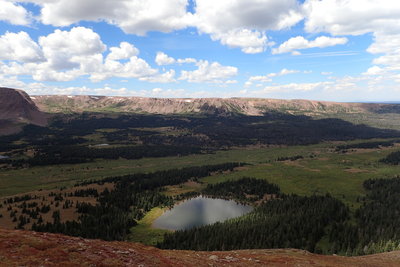 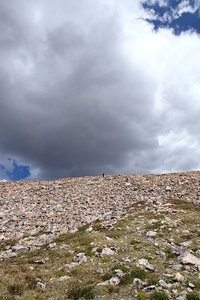 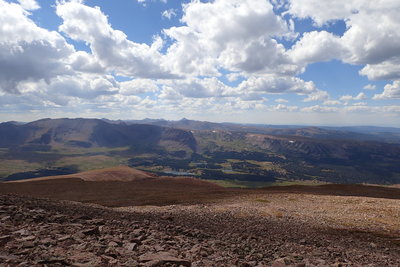 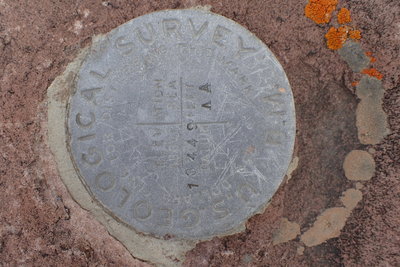 Grandaddy Basin Out and Back