“The most popular route for Kings Peak, this trail is a gorgeous, gradual climb through Henry's Fork to Gunsight Pass. ”

From the parking lot of this trail, you can expect a series of rolling hills for the many miles leading up to Gunsight Pass. The trail undulates as it generally follows Henry's Fork (of the Green River) up through the long drainage. The trail can be very rocky and rooty at times, and is seldom smooth, but it is great for a quick ascent, due to the low grade.

The trail crosses tributary creeks many times, and often has foot bridges (which in some places are slightly dilapidated), but the trail can still get muddy in places, even during the summer, especially when there is a lot of snowmelt. At approximately mile 3.5, the trail heads away from Henry's Fork and out of the forests and into some more open meadows where you can start to get views of the impressive headwalls and peaks around the Henry's Fork drainage.

At approximately mile 5, there is a major crossing of Henry's Fork, but there is a wooden bridge across the river with a handrail that makes the crossing easier. After this crossing, the trees become more and more sparse as the trail heads up into higher elevations, and crosses several more tributary creeks (several of the crossings after the Henry's Fork crossing do not have foot bridges, and the trails can get pretty muddy in the area leading up to Dollar Lake) on the way to Dollar Lake, which is a popular area for camping. Dollar Lake itself cannot be seen from the trail, but the trail passes very close to it and it is worth the quick detour to go and check it out.

After passing the forested area near Dollar Lake, the basin really opens up and you can get good views of Gunsight Peak, and even the tip of Kings Peak as you head up towards Gunsight Pass. This area is full of great views and wildflowers (in season) and is definitely worth the 8 miles it took to get there. The trail starts to increase in grade slightly at this point as it heads up towards Gunsight Pass.

As the trail nears the base of Gunsight Pass, there is a fork in the trail that allows you to either head straight up towards the pass or to the right along a gradual switchback that also heads up to the pass. Both routes are rocky but the long switchback is more manageable (both up and down). Either way, the trail hits Gunsight Pass, where there is a large rock cairn and some great views into Painter Basin. From the pass, the trail continues down into Painter Basin which eventually heads up towards Kings Peak, and ends at the Uinta Highline Trail about 1.5 miles from Anderson Pass. 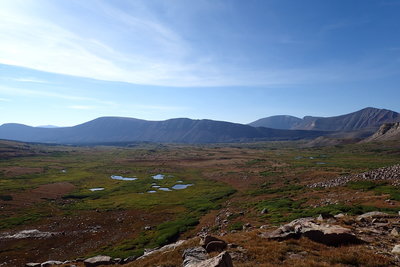 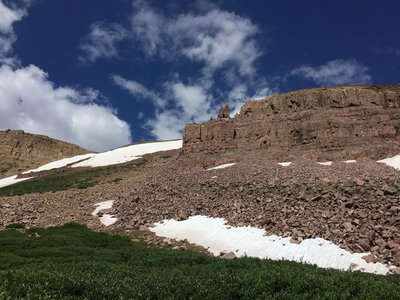 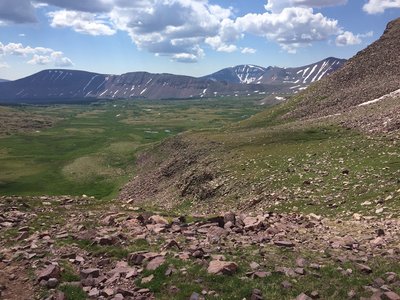 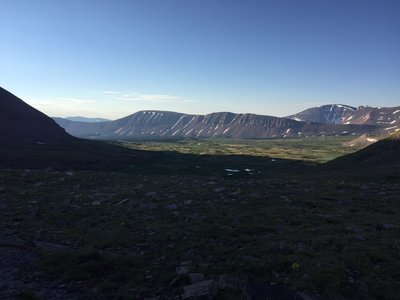 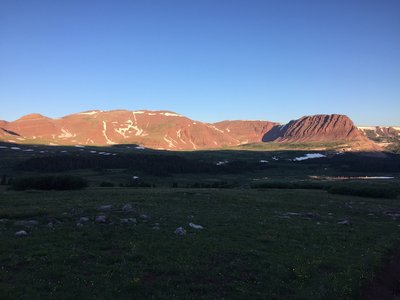 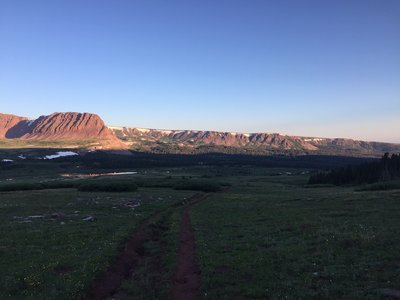 All Clear 24 days ago See History

Grandaddy Basin Out and Back