“A quiet, solitary journey along the park boundary. ”

Scott Mountain Trail is currently closed due to storm damage from Campsite 6 to Schoolhouse Gap Trail.

There are several ways to get to this trail. You can work your way to the Schoolhouse Gap Trail from Laurel Creek Road to meet this trail, but you have almost 1300 feet of climbing if you choose this way. Another access point is to park in Cades Cove and head out on the Crooked Arm Ridge Trail to meet up with the trail, as described here. If you are looking for a quiet trail without the crowd, this is the one for you.

As you depart the Crooked Arm Ridge Trail/ Indian Grave Gap Trail junction, you'll pass under the old power lines that brought power into Cades Cove as well as some rhododendron tangles that provide relief from the sun on hot summer days. You'll encounter Campsite #6, which is good if you get a late start. The trail goes by a small spring that provides water for the camp, and then continues through the woods. Like most forests in the park, this area was harvested in the early 1900s before becoming part of the National Park. You'll find newer trees growing in this area as the forest continues to recover from the logging efforts. The trail continues downhill until you start nearing the park boundary. At this point, the trail narrows and begins to ascend for a little bit. Erosion in this area can make it tricky to navigate, so make sure you are paying attention.

Once the trail starts to descend again around .8 miles, you move through a rhododendron jungle as it thins in favor of ferns and mosses. You need to rock hop a small spring, and then the trail begins to switchback as you move away from the ridgeline. The trail is all descent from this point until about mile marker 2.7. The trail will pass Whiteoak Sink between 2.5 and 2.75 miles and a famous cave called the "blow hole." Due to White Nose Syndrome, a disease that infects bats, the cave is closed to humans.

The trail begins to rise as you encounter the park boundary, which you follow for the final .5 miles to the junction with the Schoolhouse Gap Trail. You'll pass several cottages or homes that lie just outside the park boundary, a reminder of what the park would be like today if it wasn't protected. Finally, after 3.5 miles, you have reached the end of the trail.

There are a wide variety of rocks throughout the journey, making it great for geology lovers. Metcalf Phyllite, limestone, quartz, and other types of rocks can be found along the way.

There are various ferns, mosses, and berry bushes along the trail, but there aren't as many wildflowers as some of the other trails in the area.

Bats are famous for making their home at Whiteoak Sink, but don't go in the cave as it might expose the bats there to White Nose Syndrome. Other animals might be seen along the trail. 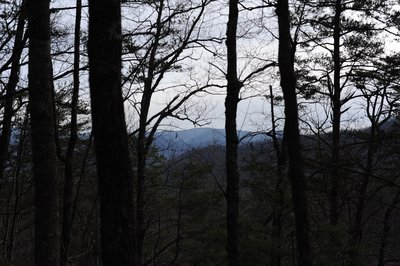 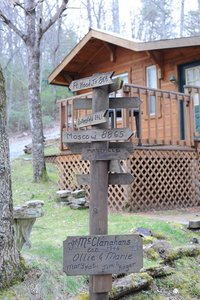 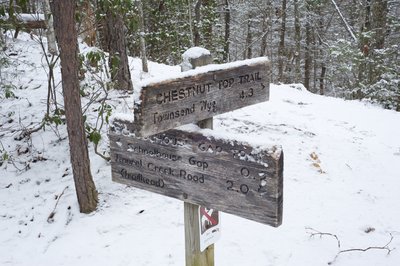 Gregory Bald Out and Back