4.4 (9)
Plan with onX Backcountry
Previous Next

“Get wet and muddy along an old railroad grade passing several waterfalls. ”

This trail is a little rocky, and often wet in places.

The trail begins at the Black Balsam parking area (at the end of Black Balsam Knob Road, FS816 off the Blue Ridge Parkway). This is a popular trailhead, with the possibility to make long and short loops in the area. See for example Sam's Knob Loop. The Shining Rock Wilderness lies just to the north.

The trail follows a railbed dating from early in the last century when the area was heavily logged. This logging lead to the peculiar "balds" on the tops of mountains where the forests are unable to reestablish themselves due to soil erosion. The balds offer great views though.

Nevertheless, because the trail follows an old rail bed, it descends continuously at a relatively moderate grade. (Or if hiking in the reverse direction, the moderate ascent makes it possible for us flatlanders who aren't accustomed to such altitudes not to gasp too much for air.)

The trail first passes through a meadow at the top of Black Balsam, but the latter half enters into the forest. The forest also features rhododendrons and berry bushes. Much of the trail can be quite rocky and technical in places due to washed out and rutted areas. There are several creek crossings as well as other areas along the trail where the water runs along the trail. Bring waterproof boots or expect to get wet feet, and expect to get a little muddy either way.

There are a couple of small waterfalls visible from the trail, particularly near the end. The most notable is Wildcat Falls around the 3-mile mark, which is viewable from a concrete bridge that presumably used to be part of the railroad. Supposedly, you can also hike down to some cascades on Flat Laurel Creek around 1.6 miles in, but I didn't try it.

When I did this trail, there was a sign in the parking lot that said bears were active in this area, and sure enough, I came around one bend and there was a bear about 20-30 feet in front of me. Fortunately, it must have already had its fill of berries.

This was kind of a cool experience, but now I carry bear spray. 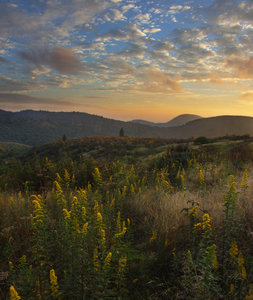 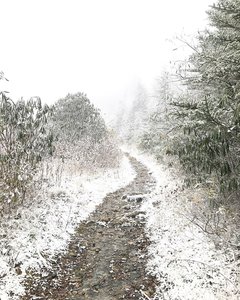 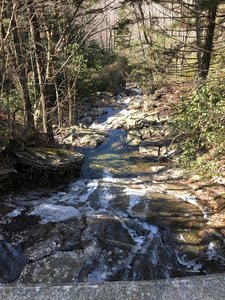 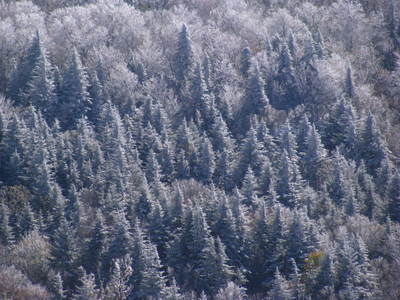 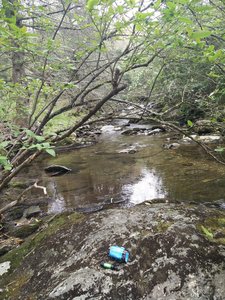 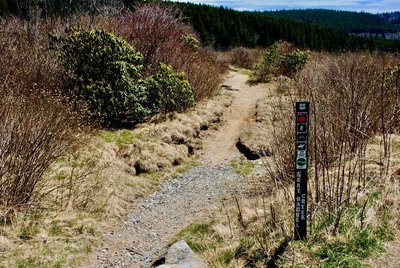