Flat Rock Trail is the longest trail on Monte Sano. It runs from the Bankhead Trail and runs around the north side of the mountain before ending at Dug Hill Road.

There is not a single marking along the entirety of Flat Rock Trail that says Flat Rock. If you are attempting to hike this trail I would suggest loading the GPS track into your watch or smartphone. Most of the trail has beaten down enough so it is easy to follow, but certain spots can be tricky. There are some sections that are used for trail races like the Viduta Stage Race or the Mountain Mist 50k so you'll see the occasional race marker or spray painted arrow.

From the Dummy Line Trail you head across Bankhead parkway on to Bankhead Trail, which use to be a part of the Flat Rock trail. and down a steep decline till you reach a narrow to singletrack trail until the trail forks where you bear left to start on the Flat Rock Trail.

At 1.5 miles, the trail takes a hard right near a fenced-in cell phone tower and the trail converts to doubletrack. At the 3 mile point, you reach the trail's namesake, The Flat Rock. It is a large flat limestone rock that features a nice view and few cacti. This is also where the trail intersects with the first of two trails called the Flat Rock Connector. This connector will take you to the Logan Point Trail.

After you exit the flat rock the trail turns back to singletrack and weaves through the woods. Because of the remote nature of the trail some sections are a bit overgrown but it is still very navigable. At mile 6.75, the trail reaches the Flat Rock K2 Connector trail that is known by the local runing community as K2 because of its steep incline.

At mile 7, the trail merges with the power line cut which it follows for the majority of the remaining distance. At mile 8, the trail intersects with Warpath Ridge. From here it slopes down aggressively to Dug Hill Road. This section is also be called the Power Line Trail.

On the Flat Rock, you can find cacti. 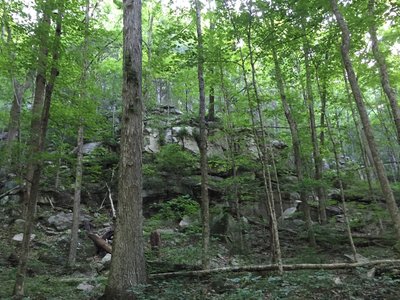 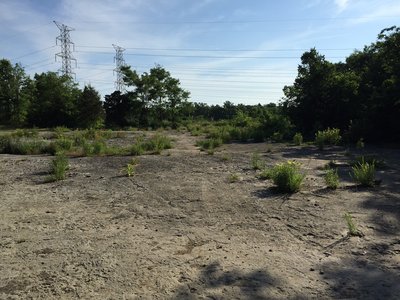 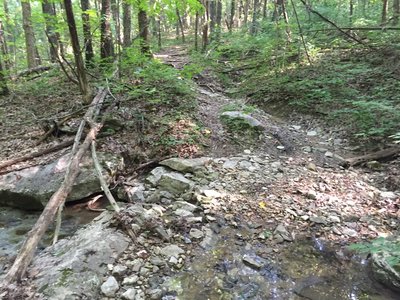 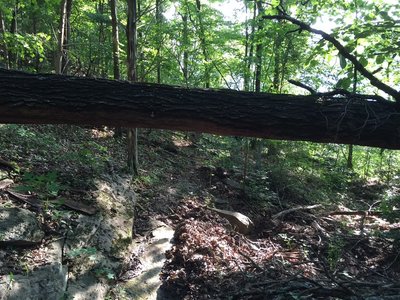