“A winding, steep trail through Juniper Canyon with views of many pinnacles. ”

The Juniper Canyon Trail trailhead is accessed from the Balconies Trail near the parking lot at the Chaparral Picnic Area on the west side of the park. However, this trail can also be accessed by a couple connector trails that connect the west side parking lot directly to it.

This trail heads south towards the high peaks region of the park and is the only means of accessing the high peaks from the west side. The trail begins by gradually ascending up Juniper Canyon, which is filled with chaparral and several species of trees. Rock formations like Crumbling Castle, Goat Rock, and Resurrection Wall are easily seen from this part of the trail. Below Resurrection Wall, however, the trail enters a series of steep switchbacks. Rock formations like Palisade Pinnacle, Monument, and Tombstone can all be seen along this part of the trail. Nearing the top of this first section of switchbacks, the trail junctions with the Tunnel Trail heading north.

Passing the Tunnel Trail, the Juniper Canyon Trail continues south passed Chaos Crag through some more switchbacks before straightening out. Continue ascending passed rock formations like Trafalgar Tower, Pyramid Pinnacle, and The Cone. Near the end of the trail, enter another series of switchbacks before topping out at the junction with the High Peaks Trail. A small bathroom is located at the top. Scout Peak (2605ft, 794m) can be accessed from this location. 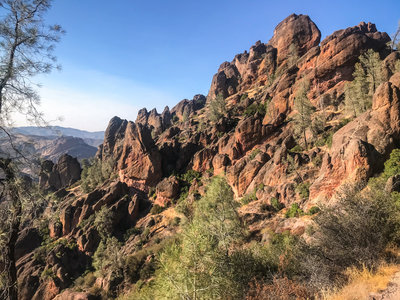 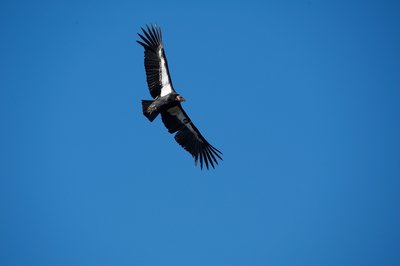 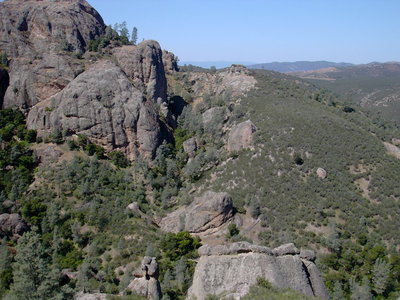 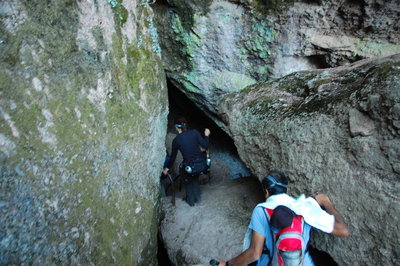 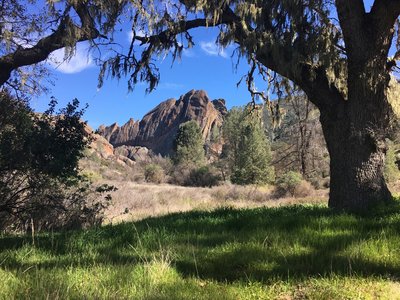