“Starting as an easy doubletrack this trail shortly becomes very difficult and rocky! ”

The longest trail in Trout Brook Valley, the White Trail spans almost all of the valley from south to north. Used as a connector between trails, or as the most heavily trafficked trail in the western part of the Preserve. Expect other users!

From the Bradley Parking area, White Trail heads north, starting as a doubletrack. After a short stint paralleling both Blue Trail and Green Trail, White turns left, still following Green Trail. This is where the singletrack starts.

Shortly after diving into the woods with Green Trail, White Trail bombs north, still traversing flat terrain. However, this respite doesn't last long. Following Hawleys Brook as it cascades in the opposite direction, White Trail begins a massive climb. Pass Green Trail and Orange Trail, and follow this serpentine trail as it winds its way uphill.

Eventually, you'll reach a plateau with some impressive granitic outcrops. From here you'll have the option to head back downhill on Red/White Trail, or to continue north. I would recommend pressing on as the next feature on this trail is a stunning precipice with expansive views over the Connecticut Golf Club. Maybe if you save your pennies you can become a member?

From this vista, follow the white blazes as they wind past an intersection with Red Trail, and over a very pretty ridgeline lined with moss. From here, the trail undulates through old farm fences, past Green/White (Peter's Trail), ending on a downhill at the Jump Hill lot. 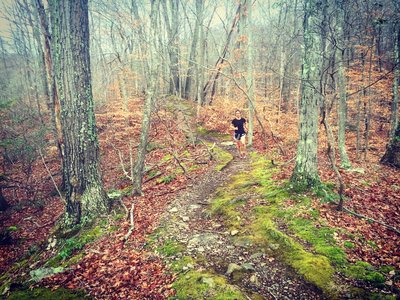 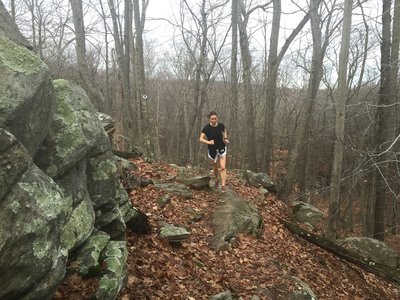 All Clear 58 days ago See History