4.3 (3)
Plan with onX Backcountry
Previous Next A steep climb leads to rolling seacliff-top trail with non-stop panoramic views of the Otago coast. The trail passes through a rare section of native coastal forest on its way to the headlands of Heyward Point.

Look for the signed trailhead at the entrance to the hamlet of Aramoana. The trail passes over a fence via a stile and briefly hugs the base of the hill to an old quarry site (which provided material for the nearby Aramoana mole). The trail turns uphill just before the quarry and ascends directly up the sheep paddock above. Look for obvious orange-topped guideposts that mark the route.

The route crosses from one paddock to another, with some fence-jumping aided by stiles and views improving with every step. Occasional rocky outcrops provide fine spots to rest.

Eventually, the climbing subsides and the path hugs the edge of cow and sheep paddocks, dipping into a macrocarpa windbreak for a stretch, all while clinging to the edge of the sea-side cliffs. As the trail nears Heyward Point it passes from paddock into a reserve of native podocarp forest, which is a rare treat on the Otago coast.

The path descends pleasantly through native bush toward the open headlands of Heyward Point. Turn right after going over the fence that completes the forest section. The final section of open grassy expanse has amazing views up and down the coast and of hidden coves below. Watch your step along the unfenced edges, and try not to crush the nests of the local gulls (which will likely be swirling in an angry mob above you)! Seals and sea lions often pull up on the beaches below, and young seals can be seen playing in some of the larger tide pools (cute!). Pick a comfortable spot somewhere that the land crumbles into the ocean and enjoy the sights before retracing your steps back to the car.

There are rusting remains at the tip of Heyward Point of a winch system that was once used to haul gas tanks from the water to a light beacon on the headland. 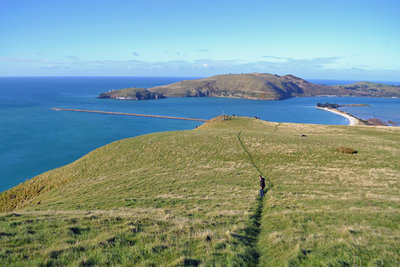 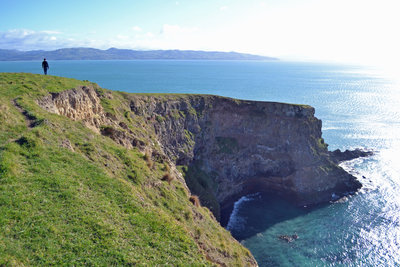 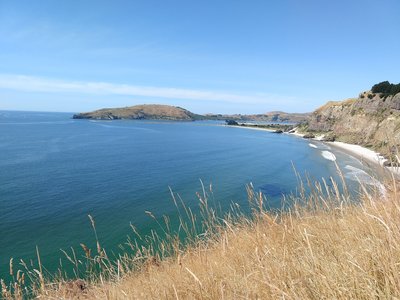 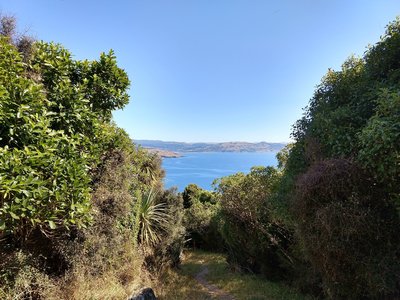 Lovers Leap and The Chasm