This is the lowest point in North America at 282 feet (86m) below mean sea level. Be sure to look for the "sea level" sign high above you on the mountain. You'll get to explore amazing salt crystal formations across the entire basin. Near the pool are hexagonal shaped crystals low to the ground, but out further the crystals can get quite tall. Be mindful that they are also very jagged. As the salt warms and cools throughout the day you'll be able to hear a sound not unlike glass breaking. The pool of water is too salty to drink (hence the name "Badwater"), and is not actually the lowest point in the valley.

The actual lowest point is further west but varies in location so the sign is near the road and pool. You'll also have amazing views of the mountain ranges that surround Badwater Basin, the highest of which is Telescope Peak at 11,043 ft (which is 11,325 ft above you!).

Badwater Basin was formed from Lake Manly, which has been dry for thousands of years. The region had no outflows so salt has built up in the lake over time. Once climate patterns shifted the region's evaporation rate far exceeded the annual rainfall. The salt was left behind forming a 3-60 inch thick crust.

Short Walk: The basin is right next to a good sized parking area on the main park road, so access is very easy. You can then explore at will near the parking area, and head out as far as you want. Badwater Basin Crossing goes all the way to the other side of the basin if you want to go further (and get closer to the "true" lowest point).

Family Friendly: The area is easy to get to, and the fascinating salt formations will keep kids and parents alike entertained. Just be mindful the crystals can be sharp! 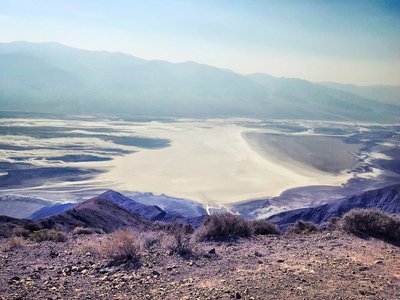 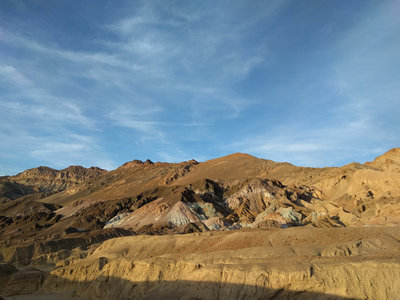 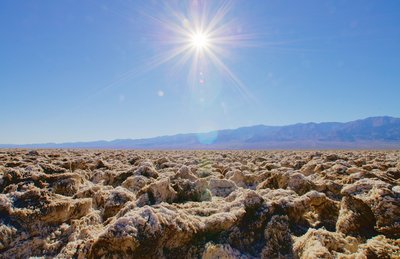