4.0 (2)
Plan with onX Backcountry
Previous Next

“A scenic and relatively flat out-and-back along the north shoreline of Lake Minnewanka that leads to a warden's cabin. ” 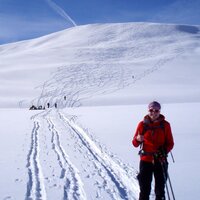 Seasonal access restriction from July 10 - September 15. During this time, runners (and hikers) must be in groups of at least 4 people, no cyclists are allowed on trail, and dogs are not permitted beyond the Stewart Canyon Bridge.

This is a very popular trail for tourists, runners, hikers and cyclists alike. On a nice weekend in the summertime, the area is teeming with visitors, and boat cruises are offered on the lake.

Aim to visit on a weekday, a rainy or snowy weekend, or arrive early on a clear weekend to ensure you are able to get a parking spot and beat the crowds.

There are public washrooms near the parking lot and pit toilets at the backcountry campgrounds. There is also a cafe called Black Anchor in the parking lot.

From the parking lot, head east and then north along pavement until the beginning of the trail. The trail is wide until the Stewart Canyon Bridge approximately 1.7km in, where it then narrows to singletrack for its remainder. The only significant bit of elevation gain takes you up and around the southernmost flank of Mt. Astley before dropping back down towards the lake shore. Expect to gain 60m of elevation over 700m of trail, and then lose 70m of elevation over 500m of trail.

From about 4.5km onward, the trail becomes flowy and undulating, and elevation gain/loss from there on out is negligible. Over all, expect 15km and 220m of elevation gain one-way.

There are numerous scenic windows through the trees along the trail that offer nice views of the lake and surrounding peaks. Along the trail, you'll pass by three backcountry campgrounds. At Aylmer Pass Junction (Lm8) campground, there is the option to detour up to Aylmer Lookout - this would add approximately 3.7km and 540m of elevation gain one-way.

At the end of the trail, you'll find a bay with a great viewpoint of the lake, along with a warden's cabin tucked into the trees. It is possible to continue past this point and reach the eastern edge of Lake Minnewanka and the eastern boundary of Banff National Park, however the trail beyond the warden cabin sees less traffic and less regular maintenance, and reportedly has the odd blowdown to hop over. Once satisfied with the views at the warden's cabin, return the way you came.

This trail is found within one of the core grizzly bear areas in Banff National Park. Run in groups (especially when mandatory from July 10 - Sept 15), carry bear spray and make lots of noise. Mule deer and red fox also frequent the area. 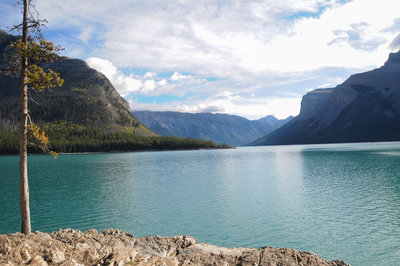 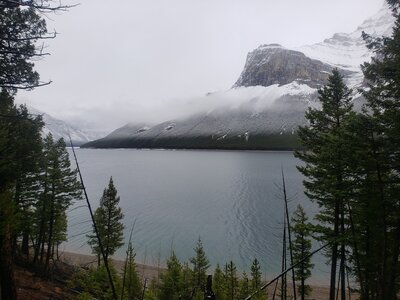 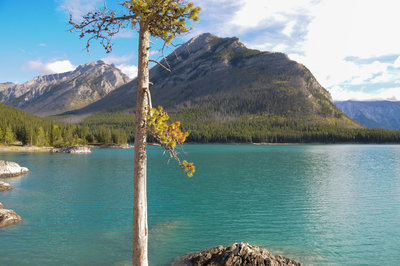 Healy Pass Out and Back

Wind Ridge Out and Back