Saw Wee Kee Park is open during daylight hours only.

Local mountain bikers have come up with their own trail names, separate from the official ones on the park district's trail map. This can lead to come confusion when comparing routes online. To make things more difficult, trails sometimes diverge from the official map, particularly around the southern convergence of the Red, Yellow, and Blue Trails. GPX tracks shown on Adventure Project's sites are accurate, and the wrong course won't take visitors far anyway. It's a small park.

Sundown Lane, the road used to access the park, is lined with a number of private residences. Please keep your speed and noise levels down when visiting.

Canoes and kayaks can take advantage of the small boat launch at the northern parking area.

The marsh and river are home to hoards of mosquitos in the warmer months. Come prepared.

The longest trail in Saw Wee Kee Park runs from its northern to southern end, roughly paralleling the Fox River. Join the Blue Trail at the trailhead across from the northern parking area, staying on course as the Red Trail, Yellow Trail, Orange Trail, and Green Trail all split off at marked intersections. This initial segment is wide but is littered with baby head rocks, making it a bit harder on the feet of pedestrians - this is really the only section of the park where rock plates make much of a difference.

After about a third of a mile the trail smooths and narrows a bit, and will stay as a comfortably flat singletrack for most of its remainder. There's lots of greenery here and ample shade, making it an easy hike. The occasional forks off the main trail are often designed with features to appeal towards mountain bikers; feel free to branch out to add some variety, but stay off of anything geared towards two wheels.

With the exception of gunshots that can be heard from a range to the east, the Blue Trail feels fairly isolated and quiet, especially as it moves past the ends of the Red Trail and Yellow Trail and into its southern portion. Fewer visitors trek this far south, so you may have the trail to yourself. Try the Blue White Alternate Route here for a change of pace, or stay on course as the main path follows two long ponds. Eventually it crosses over and contours along the Fox River, becoming a bit more humid.

At the southern end, the Blue Trail comes to a confluence with a few short sidetracks, becoming a little confusing. Taking the wrong way is no big deal, as you'll quickly end up back on track. There's a tiny bit more technicality to the trail here as well, with a bit of elevation change, but this is still an easy course. Whichever way you go, Blue Trail circles back and ends as a lollipop route, meeting back up with itself near a green marsh to the east.

Acquired from the State of Illinois in 1963, this former strip mine has been converted into a natural area. Adjacent to the Fox River, the park features shady woodlands and marshy wetlands. Animals typical to the area can be seen -- badgers, cottontail rabbits, deer -- and bald eagles have been spotted. On the less desirable side, the park asks visitors to check their shoes and gear for invasive plant seeds before leaving. Buckthorn, multiflora rose, garlic mustard, and reed canary are all called out by the park district as problematic species. 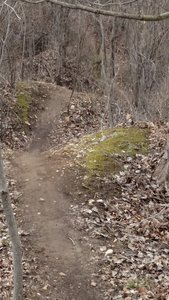 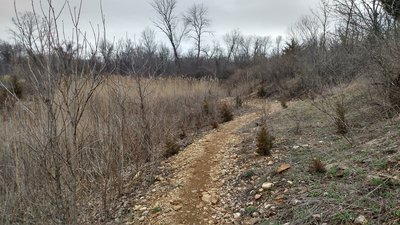 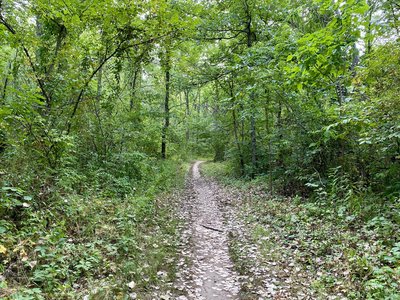 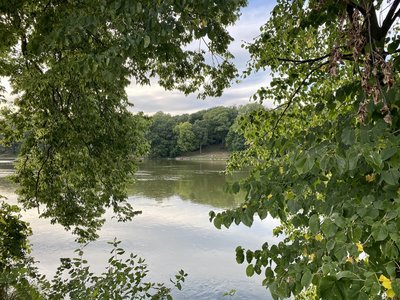