“Rocky Narrows provides serene hiking trails that make for a great escape to take in local nature and wildlife. ”

Parking is limited and there are no restrooms. I recommend visiting the website before your visit: thetrustees.org/place/rocky…

There is room at the trail-head for approximately six vehicles, but is not typically full. The Yellow Trail starts with a slight decline all the way to a set of train tracks. From the tracks you are able to take in great views on the Charles River. After crossing the tracks you are now on the Blue Trail which is where you begin to gain some elevation.

The trail will pass by another trail-head parking area, which could be utilized of not doing the loop. The Red Trail is then followed through beautiful woodlands until making it back to the Blue Trail, at which point there are a few options to keep right and get back to the railroad tracks. From there the you're tracing your steps back to the starting point.

The wildlife is typical for what you would expect in a rural town like Sherborn. I will say however that this trail is teaming with wildlife as it is on the Charles River and through dense woodlands. My wife and I have seen deer, owls, herons, etc. most times we visit. 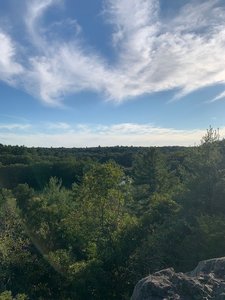 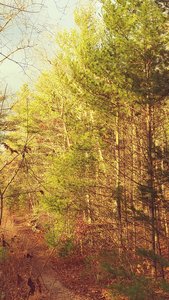 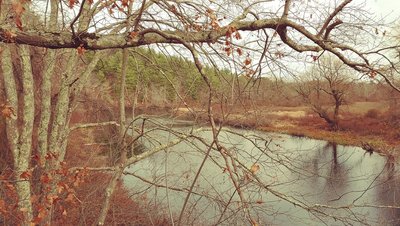 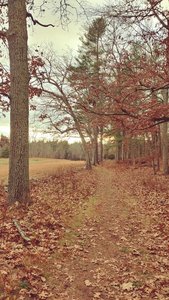 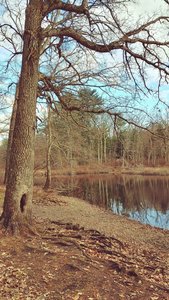