“This loop allows one to explore the newly designated Upper Bald River Wilderness in Southeast TN over 2 or 3 days. ”

The 9000 acre Upper Bald River Wilderness was designated by Congress in 2019 as part of the Farm Bill. It was a long time in coming with multiple previous attempts to get it through Congress. This Wilderness in combination with the Bald River Gorge Wilderness protects the entire watershed of the Bald River near Tellico Plains, TN.

The backpack takes one to two magnificent balds with far distant views, a long ridgeline between TN and NC, and along the Bald River, Brookshire Creek, and Kirkland Creek. Most of the trail follows a segment of the Benton MacKaye Trail, a 300-mile trail from Springer Mountain to the north end of the Smokies.

A campground and primitive restroom facilities is located at Holly Flats Campground along Bald River Road between the two trailheads. Closed in winter.

When the you reache Sledrunner Gap, the trail to the left will take one to Beaverdam Bald after about a half mile. The trail to the right is the BMT and crosses over several peaks in a generally downward direction to Sandy Gap after about 6.3 miles. From here, I recommend the backpacker continue on the BMT straight ahead to Six Mile Gap, then right to Waucheese Bald (total distance about 2.5 miles) to a great place to camp on a big open grassy bald. Water is available down the road about a half mile where the road takes a sharp left or one can bring water up from the spring near Sandy Gap a short ways down the Kirkland Creek Trail.

The next morning, return from Waucheesi Bald to Sandy Gap, then take the Kirkland Creek Trail downhill for 4.5 miles to several crossings of the creek then a crossing over the Bald River, all without bridges. Just past the Bald River crossing, you'll reach Bald River Road. Turn right and go a short distance back to your car.

Blackberries and hackberries in season, trilliums and numerous other wildflowers, flame azalea and rhododendron. Bear, wild hogs, bobcats, deer, fox, turkey, coyotes, and copperheads and rattlesnakes may be encountered on the trail.

The old homestead site for the Kirklands is on the lower stretches of Kirkland Creek. The Kirklands were famous for being members of the Kirkland Bushwackers who during the Civil War murdered deserting soldiers and other folks, both Union and Confederate, for their meager possessions. 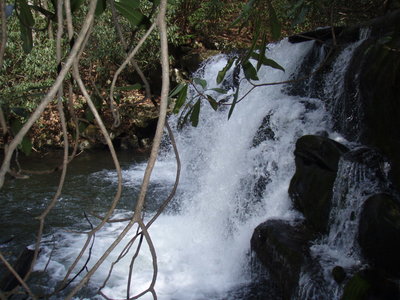 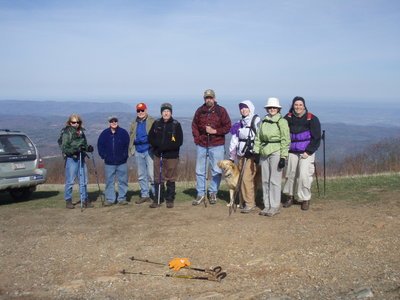 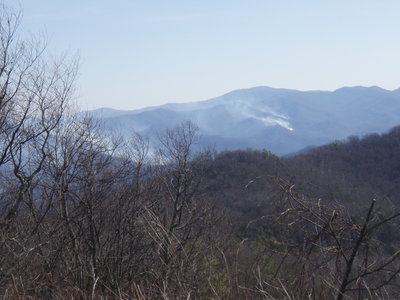