“Beautiful wildflowers and sweeping views up and down the coast and the San Francisco Bay. ”

No longer accessible via the two gates at the end of El Granada Blvd. The only way now is via French Trail or Clipper Ridge Trail.

There is no water anywhere along the trail, which can be a problem if you reach it via one of the longer routes from El Granda or Moss Beach.

The road that this trail follows is called El Grenada Road, both on Google Maps and NeoTreks, but it is called Deer Creek Road on the trail map and this is the name that was used in the adjacent trail descriptions. The area has only recently been opened to the public as part of a new acquisition by the Golden Gate National Recreation Area.

While most hikers and cyclists reach this trail via the French and Clipper Ridge trails, it is possible to begin the trail from the end of the drive-able part of El Granada Rd. Two gates appear to block the entrance, but the southern gate has a narrow passage designed to allow people to pass through. There is no parking at the trail entrance, so if you enter this way, please be very considerate about finding a parking place on the streets below that does not inconvenience the residents.

The road is paved until just beyond the junction with the Clipper Ridge Trail. There it changes to a wide dirt road. After almost 2.0 miles, it intersects Scarper Road and then climbs steeply up to the cell tower.

The entire trail is open chaparral with beautiful wildflower displays in the spring and early summer and sweeping views of Montara Mountain and both up and down the coastline. From near the cell tower, the views include Ano Nuevo, coastal towns from Half Moon Bay to Daly City, the Faralon Islands, Point Reyes, Tamalpias, Montara Mountain, the tallest buildings in San Francisco, South San Franscisco, Oakland and Berkeley.

From the cell tower, a narrower road extends north to service three power-line towers. By following this road, you can get clearer views of some areas, especially from the first part. The road dead-ends at the third tower.

From the second Scarper Road junction, it is only about a mile to Scarper Peak (also written as Scarpet), which is 140 feet higher, but the surrounding trees (including huge, old-growth, moss-covered Douglas Furs) completely obscure all views from anywhere near the top.

Extensive chaparral wildflower displays in the spring and early summer. 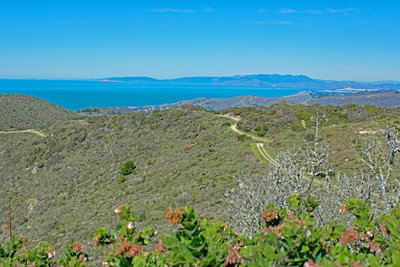 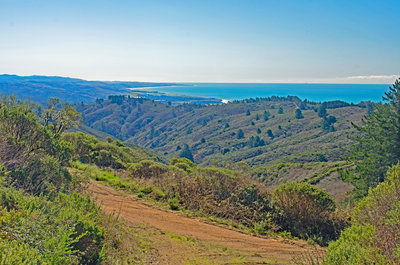 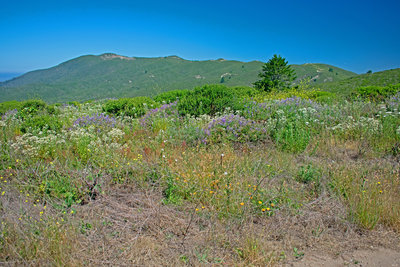 All Clear 3 days ago See History