“A remote trail that winds its way up and over the rolling hills. ”

The tracks may be active during the summer; please use caution when crossing.

There is a small spur off Zoar Road, where you can park. To access the trail, go to the end of the road spur and cross the railroad tracks. This trail follows either blue blazes or the paw medallion. It starts with a steep ascent up to Mount Negus; this area can be tricky when it's covered with ice. It travels over the ridgeline, reaches a view, then turns into a doubletrack. It loosely follows the doubletrack up to Tunnel Road.

At Tunnel Road, the trail turns right, coinciding with Corridor 2. The trail turns left along another woods road and follows it for a short distance. When the trail reaches the paved road, it turns left to follow it. Just below the power plant, there is a map of the trail and the trail heads beneath the powerlines, here. It climbs up the hill towards the powerlines then runs through the woods for a ways. 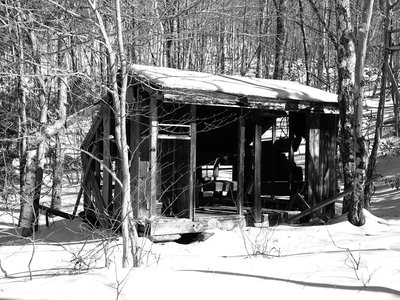 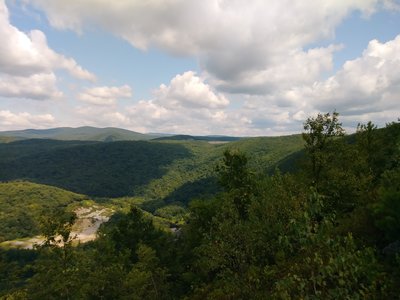 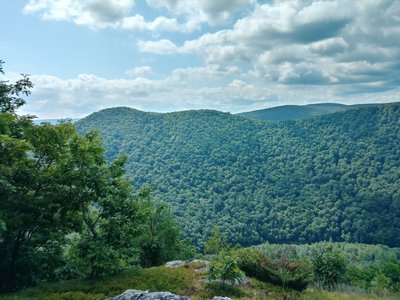 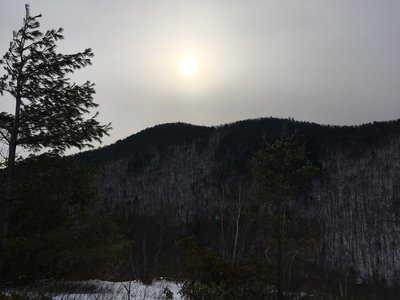