“This extravaganza of switchbacks leads to spectacular, up-close views of Mount of the Holy Cross. ”

Camping is prohibited at the Notch Mountain Shelter. It is OK to go inside this stone shelter during storms – it has a lightning rod! Camping is OK in the rest of the Holy Cross Wilderness, but you must self-register at the trailhead and carry the permit during the visit.

Don't be deterred by the sheer number of switchbacks on this trail – although the altitude is high and the trail surface is mostly small, loose rocks, the grade is not excessively steep. This steady ascent rewards intrepid hikers with solitude and sweeping views of the Gore Range, Sawatch Range, and other distant 14ers. Notch Mountain is the best place to view Mount of the Holy Cross, although the Ptarmigan Loop in Vail or the Shrine Ridge Trail #2016 are considerably easier!

From the shady, flat junction with the Fall Creek Trail #2001, contour through forest and scattered wildflower meadows. Soon, the trees become more sparse and you reach tree line. Intense high-altitude sun and no more shade mean you should sunscreen/cover accordingly. The chunky talus slopes open up, and the views get better and better the higher you climb. The rocky trail gradually becomes more narrow and the switchbacks get shorter, but the overall steepness remains manageable – just keep chugging away.

The trail does not pass through the "notch," but instead ascends up and over a southern shoulder. When it finally ends, the trail levels out and deposits hikers onto a wide saddle (13,077 ft) between the two summit peaks. This beautiful alpine landscape is covered with large boulders and tufts of fragile tundra mosses (try not to tread on the grasses). The stone shelter atop Notch Mountain was built in 1924 by the CCC. Mount of the Holy Cross looms over Notch Mountain from across a large valley, and it is even possible to see hikers along its ridge and summit. Peek over the edge facing Holy Cross: this pretty cirque is called Bowl of Tears, presumably because those who wish to summit Holy Cross must descend into the depression formed by Cross Creek and then climb right back up out of it to reach the 14,005 foot peak.

Nearby is a large boulder with a metal plaque explaining how William Henry Jackson was the first person to photograph Mount of the Holy Cross from this spot. His work helped popularize this iconic mountain. With its seasonal bands of snow in the shape of a cross, Holy Cross became a famous spot for religious pilgrimages. Some people saw this formation as a divine sign endorsing manifest destiny (the belief that the US should expand and populate the North American continent and that this was both justified/inevitable). A program was set up by faith healers to allow ill people who could not visit the mountain in person to still receive a blessing. People would mail handkerchiefs to Colorado, and these would be carried up Notch Mountain. Prayers would be said over the handkerchiefs and then they would be carried down and mailed back to their owners. 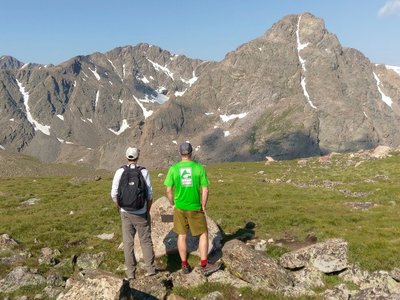 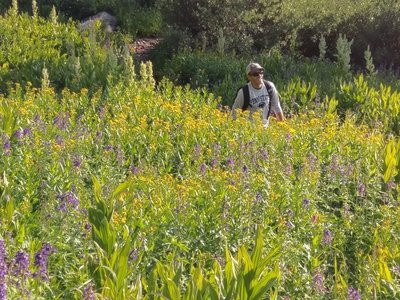 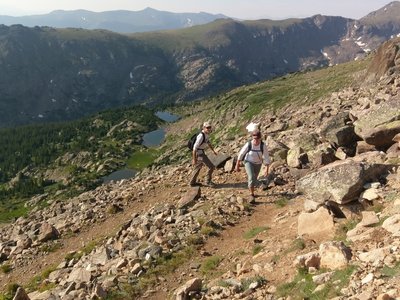 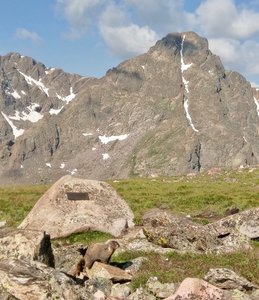 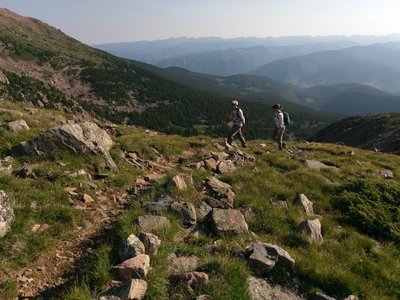 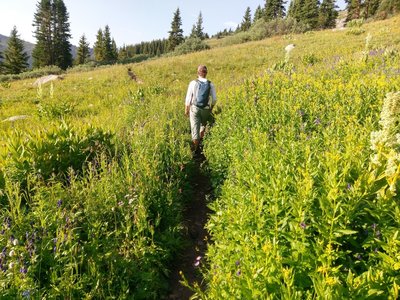 Minturn to Vail Back Bowls Loop

Beaver Lake Out and Back