“This hike is about 14.3 miles long and boasts great views from the summit. ”

This hike is 14.3 miles to the summit of Nordhoff Peak and back. There are several good spots to rest along the way; or for a shorter hike, these also make good turn-around points.

From the trailhead, follow Gridley Trail north through overhanging California lilac to the intersection with Fuelbreak Road Trail (here there is a nice vista point near a grove of Ojai pixie tangerine trees); this section of trail crosses over private property, so be courteous and stay on the trail.

The intersection is about 0.4 miles along the trail; turning around here would make for a short and easy hike. At the intersection with Fuelbreak Road Trail, stay right and follow a dirt road paralleling avocado groves. As the trail enters the northwest side of Gridley Canyon, hikers are treated to cooler temperatures, and a path lined with ferns and maple trees.

Gridley Springs is about 2.8 miles along the trail and makes for a nice rest or is another good place to turn around if hikers are wishing for a shorter trip. There is a horse trough at the spring but most of the former trail camp was burned during the "great Wheeler Fire of '85."

North of Gridley Springs, the trail narrows from a dirt road into a trail and enters an eastern fork of Gridley Canyon. The trail follows switchbacks past bay trees and the sedimentary rocks of the Topatopa Mountains. Gridley Trail ends at Gridley Saddle on Nordhoff Ridge Road about 5.9 miles along hike. Turn left to head west down Nordhoff Ridge Road; at 6.9 miles turn right to head up to the fire lookout tower, and the summit of Nordhoff Peak (4,426 feet). Beautiful views reward those who make it to the top; to the west are the high peaks of the Topatopa Range, Pine Mountain Range is to the north, and Ojai Valley, Lake Casitas, and the Pacific Ocean all lay to the south. A round trip hike all the way to the summit of Nordhoff Peak is 14.4 miles long.

The town of Ojai was originally named Nordhoff after German-born Charles Nordhoff, an editor with the New York Evening Post. Nordhoff traveled extensively throughout California, and in his book "California: for Health, Pleasure and Residence" he wrote about the the valley; as a result the hamlet developed into a town. In 1874, the townsfolk named it Nordhoff in his honor. However, in 1916, due to anti-German sentiment as a result of World War I, the town name was changed to Ojai. However, the peak behind Ojai retains the name of Nordhoff. 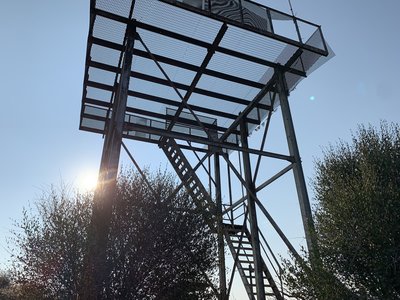 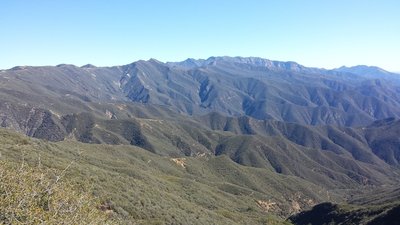 Aug 21, 2020
David Cheng
No shade, best to start and end early in summer months. Gradual slope that gets slightly steeper on the last mile along the fire road.
Apr 4, 2020
Albert Wong

Gene Marshall Out and Back