“This is the route from the Isabelle Glacier Trail up to the summit of Navajo Peak. ” A $12.00 fee to enter the Brainard Lake area is required. The area is closed from October to early June. You can buy a season parking pass.

A permit is required for camping in the wilderness area between June 1 and Sept. 15. Permits are issued for 19 travel zones within the Indian Peaks boundaries. Permits are $5.00.

This route builds on the Isabelle Glacier Trail as a primary way to access the summit of Navajo Peak (13,409 ft). This will include scrambling on Class 2-3 loose rock, and the climber approaches via the south face of Airplane Gully, which runs up along the Niwot Ridgeline. Climbers will be rewarded with views of the wreckage of an aircraft that went down on January 21, 1948. The aircraft was a Civil Aeronautics Administration C-47. The aircraft had left Stapleton Airport en route to Grand Junction from Denver. The likely cause of the crash was a severe downdraft in bad weather.

Navajo Peak (13,409 ft.) rests within the Brainard Lake Recreation Area with other prominent peaks such as Apache Peak, Shashoni, Paiute, Toll, and Mount Audubon. This picturesque cone-shaped peak is the third-highest mountain in the Indian Peaks Wilderness. It is a real mountain with a real Class 3 rating, and is not for the novice hiker. The summit cone involves some interesting airy moves around its 30-40 ft. summit cliff on relatively solid rock.

From the trailhead, follow the Pawnee Pass Trail a quarter mile to Long Lake. This is indeed a very long lake, about a mile in length, so go figure. Its source is the combined meltoff from the Navajo and Isabelle Glacier. Along the rest of the route, you'll notice the effects of having a constant melt-off, as this place is very lush with wildflowers and alive with bugs. At any rate, continue 2.25 miles to Lake Isabelle, another magnificent high-alpine lake. The views from here of Navajo, Apache, and Shoshoni are excellent and allow for many “reflection photo” opportunities.

Continue another mile to an unnamed lake at 11,420 ft. At the lake, go north and continue up into the boulder field under Navajo and Apache Peak's east face. At this point, you can see your north-facing standard route up Airplane Gully. This is unfortunately the only reasonable passage to ascend to Niwot Ridge. The gully is a steep 500 ft. of loose rock and scree.

After picking your way up this gully, you are rewarded with the wreckage of a small plane—the debris is all over the place. Soon after, you finally arrive at the ridge crest of Niwot Ridge and you get a good view of Arikaree Peak nestled within the state property of the Boulder Watershed. This is also a good spot to plan your remaining ascent of Navajo Peak. Traverse Niwot Ridge on solid rock, and begin picking your way up the broken Class 2+ ledges toward the summit cliff wall. Use some route-finding skills to loop around to the north side of the Navajo summit cliff wall. Once on Navajo's Class 3 North Ridge, take the path of least resistance. Make a few committing moves up through the cliff wall and the summit is finally yours.

The summit is small and has sheer dropoffs in almost all directions. There are great views of North Arapahoe Peak and the Shoshoni rock wall. Descend the standard route.

Below treeline, climbers will be rewarded with beautiful views of Lake Isabelle with its mirror reflection of Navajo and Apache. There are abundant wildflowers in the mid-summer months, including columbines. Small brush growth occurs along the trail and river boundaries with marmots chirping in the nearby rocks. There are also several waterfalls along the trail up to the base of Navajo Peak. 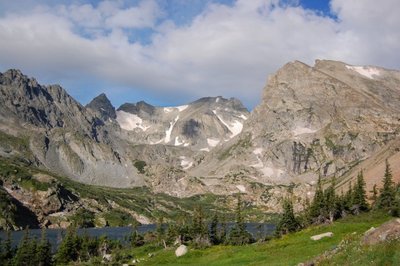 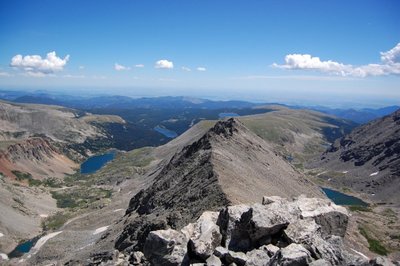 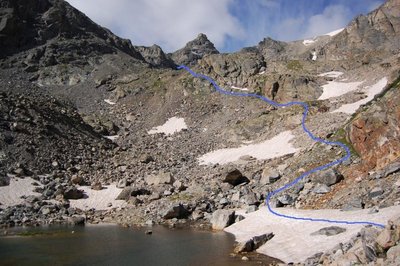 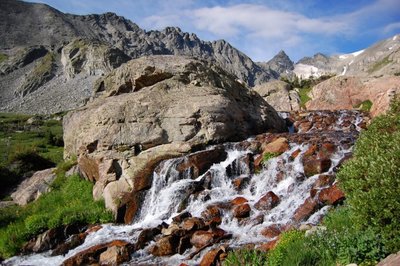 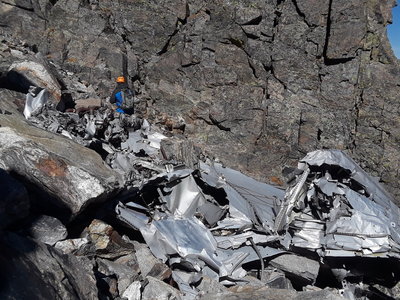 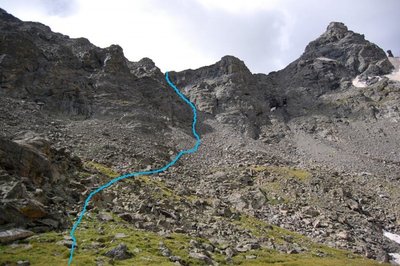 Jul 4, 2021
Christian Duran
Go time
Jul 24, 2019
Reed Harrington
Had to deviate from lower portion of route due to snow, but summited with the standard route.
Sep 23, 2018
Charls GM
From parking lot , via airplane gully — 11h 00m
Aug 14, 2018
James Cooper
Made it to the top. Challenging hike, had to climb vertically at some points. View from the peak is worth it tho!