“A nice loop in a beautiful preserve area, just a bit off the beaten path. Features a lake and quite a bit of wildlife. ”

The website/map says it is open 8 am to dark EVERY DAY, but some trails may be closed seasonally. Current information is posted at the parking lot.

This is a nice trail system just off the beaten path. There is a good amount of parking and restrooms and water fountains. I saw several jackrabbits and a couple of coyotes.

Parking area and restrooms(!!) open at 6am (ish) and close around dusk (the sign said 9 pm when I was there in early July).

My first trip on this loop, I had the map downloaded to my phone so I could take the planned route. While there are some good signs, it can be confusing if you build a route using multiple trail offshoots like I did here.

This loop features some good hills and nice views. There are no traffic lights to worry about and it was not crowded at all when I went early on a weekday. My start/stop was at the parking lot on 1530 Arastradero Rd, which has drinking fountains (for you and your pet) and restrooms. Much of the trail is dirt singletrack or doubletrack, but there are some areas "paved" with gravel, and it looks like they are going through the main trails with gravel to help preserve them and/or make them more accessible.

I started with the Juan Bautista de Anza Trail and then broke off to the Wild Rye Trail to head up the hill where it met with the Paseo del Roble Trail at Arastradero Lake, where it turned into the Arastradero Creek Trail, which I followed until it met with the Woodrat Trail. That trail is aided by some nice switchbacks up another hill -- all packed dirt, so probably not a good plan after rain. I followed the path to the Meadowlark Trail and then took Woodland Star Trail and Bay Laurel Trail to the Ohlone Trail that connected me back to the Juan Bautista de Anza Trail. That got me back onto the Meadowlark Trail, which turned into the Portola Pastures Trail back out to the road (Arastradero). I crossed the road and took an abbreviated version of the Redtail Loop back to the parking area.

It sounds pretty confusing, but I took this opportunity to create the route and try to learn it. I think I can hike it next time without stopping to look at the map nearly as frequently.

There is a also a great map available from the city of Palo Alto: cityofpaloalto.org/civicax/…

In July the flowers were gone, but there are oak trees and I saw many jackrabbits, a pair of coyotes, and some kind of raptor hunting in one of the fields. Lots of little field mice, I think.

There is a lake that this route hugs early on. In the morning, it is pretty calm and you may see the steam rising off the water. 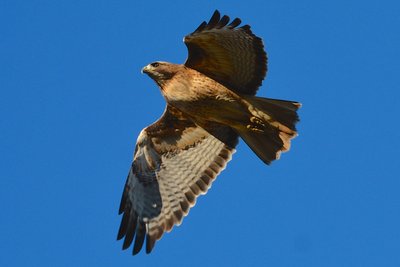 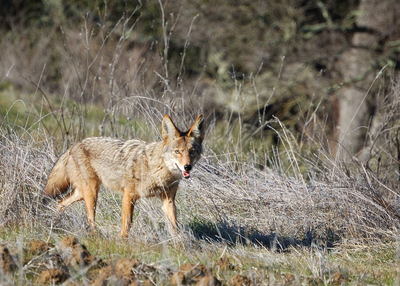 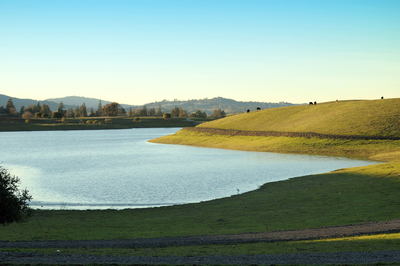 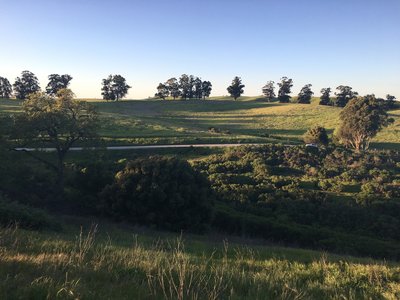 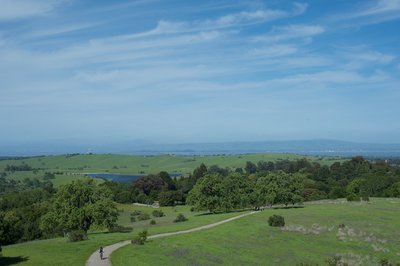 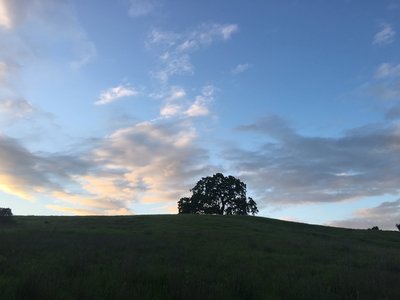