“Make your way up the steeper Winslow Trail and down the gentler an more view-encrusted Barlow Trail. ”

Park is closed mid-October through mid-May. Fee is $4 for adults and $2 for children when the park is open.

The loop climbs the Winslow Trail up Mt Kearsarge and descends via the Barlow Trail. The views from here on a clear day are the best around in the Sunapee region.

The Winslow Trail climbs steadily out of the state park in its one mile ascent. You'll quickly cruise underneath a power line that supplies the cell tower and fire tower with power on the summit. The forest is mixed with pine and some hardwoods. Take care with footing as there are a lot of roots and rock slabs on this climb.

Around the 0.5-mile mark, the trail begins to climb much more sharply, and on a wet day may even have some small streams coursing down it. Continuing up the trail provides occasional switchbacks and will break onto granite slabs offering some great views of the New London area with Pleasant Lake front and center. A stone's throw from the summit, the Barlow Trail converges with the Winslow Trail, and together they climb to the top.

The summit has a fire tower that is occasionally open during the summer months and provides fantastic 360-degree views broken only by the cell tower that also occupies the summit. There is a small shelter on the summit with picnic tables in it for wind shelter should you want it during your summit lunch. Don't expect to be alone up here ever, as the climbs from the Rollins side are easy and suitable for small children as well.

Once you've soaked in your views, head back to the junction of the Winslow Trail and Barlow Trail, this time taking the Barlow down. You'll have a little more granite slope to descend this way allowing your views to continue for a little bit more as you climb down. Eventually, you drop into pine stands and meander your way back to the parking lot at Winslow. You'll know your getting close when all of a sudden the pine coverage stops abruptly and gives way to a mixed hardwood forest.

In the center of Winslow State Park is the foundation of the old Winslow House, named after Admiral John Winslow the former captain of the original USS Kearsarge. The original Sloop of War served in the Civil War, sinking the Alabama off the coast of France in 1864. Three other Navy ships have since received the name of Kearsarge, including a 1900's battleship, a 1950's Aircraft Carrier and currently an Amphibious assault ship. 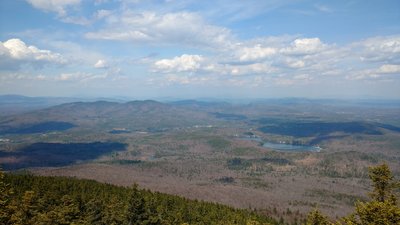 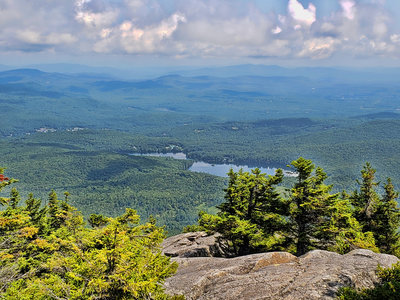 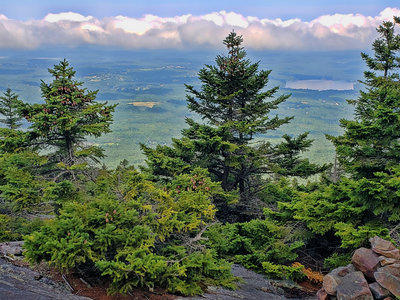 All Clear 12 days ago See History