Garden of the Gods Inner Loop

“An excellent, but short, loop through the heart of Garden of the Gods. ”

Family Friendly Most of the trail is paved while other parts near Sleeping Giant are singletrack but still very accessible. The rock formations and variation in trails will keep the whole family happy.

This not-quite-a mile and and a half trail offers a very family friendly route around and through some of Garden of the Gods' signature rock formations. You'll pass Kissing Camels from both sides, Sentinel Rock, Three Graces, and more. You'll get to see rock climbers, red and white rock formations up to 300 feet high, and views to Pikes Peak to the southwest. Most of the trail is paved, so slight shortening/route changing can allow wheelchair access. The accessibility means that it can be crowded, however.

The easiest spot to park in Garden of the Gods is at the main parking area on the northern end of the park. The trail begins on the southern edge of the parking area. You'll immediately pass some nice restrooms and trail information. The wide, paved trail heads south between the Kissing Camel red formation and the White Rock formation on the west and east respectively. At about a fifth of a mile, you'll pass through the "Gateway" between Kissing Camels and South Gateway Rock. Turn right/west and take some time to enjoy the Sentinel Rock (Twin Spires) formation - although not as tall, the jagged rocks are beautiful and more intimate. Beginner rock climbing classes can be taken on these rocks (see the visitor center for information).

At about two thirds of a mile from where you started, you'll reach an intersection for the Sleeping Giant Trail. This trail is not paved, but is still in good shape for most of the family. If you or someone is in a wheelchair or pushing a stroller, just stay on the paved path to the east. The trail climbs a little along stairs/rocks towards Sleeping Giant. Along the northern edge of the Giant, you'll get some great views of the main formations such as Three Graces and Kissing Camels. The dirt trail loops back to the north and rejoins the paved trail after only about a third of a mile.

You can continue north on the paved trail back to Sentinel Rock or you can take a fun detour through the Three Graces and Cathedral Spires rock formations. This route offers a more adventurous and interesting path. Remember that actual rock climbing requires a permit. After taking some time to enjoy the Three Graces / Cathedral Spires, head north to rejoin the paved trail. Head right (east) and then turn back to the north. You'll come to Sentinel Rock again - head through the Gateway and back north to the parking area.

in Garden of the Gods

in Garden of the Gods 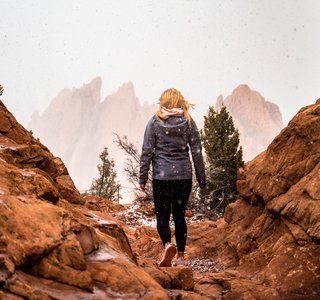 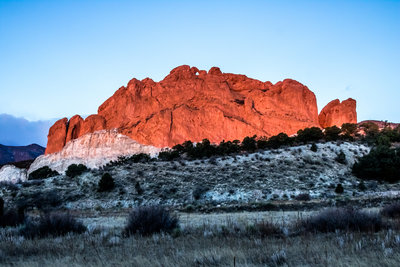 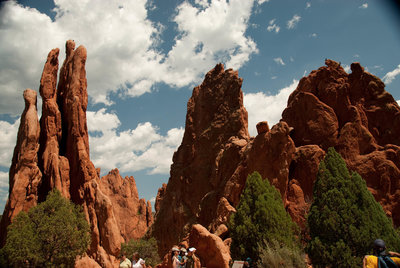 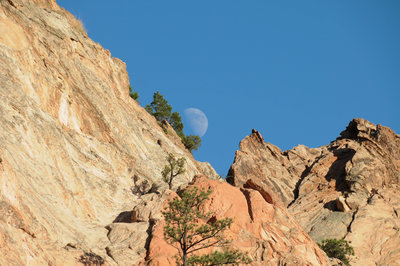 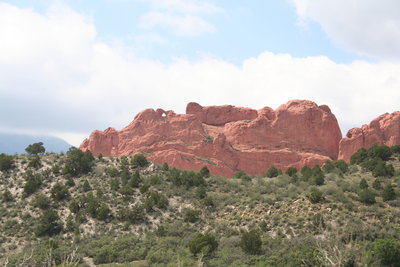 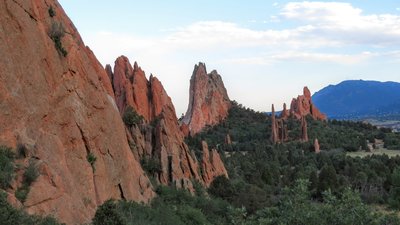 Section 16 to Jones Park (and back) Mountain Ramble