“A trail to the summit of Mindego Hill, with views of the surrounding mountains and the Pacific Ocean in the distance. ”

The preserve is open year round from dawn until half an hour after sunset. Mountain biking is prohibited after the first half mile in an attempt to protect the San Francisco Garter Snake.

As the trail drops 350+ feet, views of the surrounding hills can be seen off to the left side of the trail. Several homes can be seen in the distance, a reminder of what the area would be like if it wasn't protected. The destination, Mindego Hill, can be seen off in the distance during most of the outing. Just past half a mile, the Charquin Trail breaks off to the right into the woods. The trail levels out for a little bit before climbing gently into a wooded area, which provides a nice break from the sun, even in the middle of the day. Leaving the woods, the trail descends again until it reaches the lowest elevation at around 1.25 miles.

The trail begins ascending toward Mindego Hill and the summit at this point. There is a cattle corral on the right hand side of the trail used to transport cattle out of the area around Mindego Hill. At 1.6 miles, you go through a gate system that provides access to the Mindego Hill area, where cattle graze as this area is largely private property. Please respect the land owners and leave the gates as you find them.

After going through the second gate, the trail climbs more steeply and breaks off to the right and circles around a small hill. There are signposts along the path at this point to help you determine where the path is amidst the cattle tracks. Use caution if cattle are close to the trail, especially if calves are present. The trail passes through a third and final gate before climbing up a series of switchbacks before emerging close to the top of the hill. Leveling off, the trail circles around the hill before reaching the summit of Mindego Hill, at 2,143 feet above sea level. From here, you can see the surrounding Santa Cruz Mountains and in the distance on a clear day, the Pacific Ocean. Take some time to enjoy the views before following the trail back to your car.

This is a pretty popular route, so you probably won't be alone on the way. If you are looking for good pictures toward the Pacific Ocean, it's best to hike this in the morning so the sun is at your back.

Deer, bobcats, coyotes, mountain lions, and turkeys have all been seen in the preserve, especially in the open fields on the sides of the trail. Wildflowers can be seen along the trail in the spring. The San Francisco Garter Snake, an endangered species, can be found along portions of the trail, which is why mountain biking is prohibited after the first half mile. 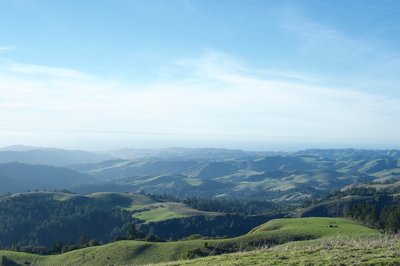 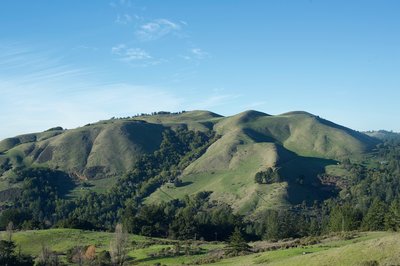 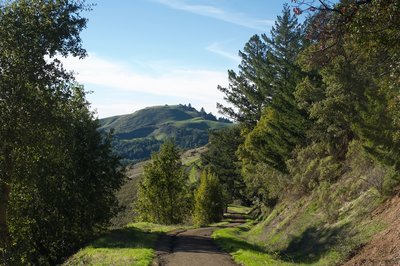 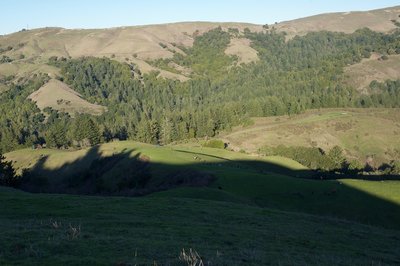 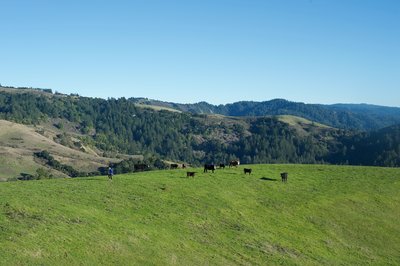 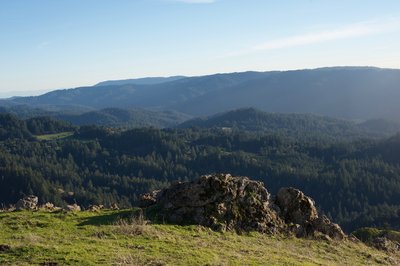