“A fairly easy hill climb to a view of the San Francisco South Bay Area, with old Senador Mine site ruins along the way. ” 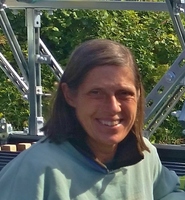 Family Friendly A wide, well-maintained trail, with a gentle hill climb. Views of the San Francisco South Bay Area and its landmarks.

This trail is broad and well maintained, ideal for families and groups, as well as runners and solo hikers. It can be taken as an out-and-back or as part of longer outings.

The trailhead near the Quicksilver Park entrance, is heavily wooded with a stream going through it that attracts wildlife, such as deer. From the trailhead, the trail follows the stream through a heavily wooded area. It then begins to rise gradually, leaving the woods behind, as it emerges into grass hills.

Along the way, it passes the site of the old Senador Mine where ruins of its Scott Furnace dust bins can be seen. Senador Mine was a cinnabar (mercury ore) mine that was opened in 1863. It was actively mined until about 1936. Around 1915, a furnace was built at this mine to process the cinnabar into mercury. One use of mercury is to extract gold from its ore. Thus, cinnabar mining and processing into mercury, was important during the Gold Rush.

As the latter part of the trail passes through grass hills, stands of trees dot the hillsides. Views of the San Francisco South Bay unfold as the trail climbs. The trail flattens out at its end where it meets the Guadalupe Trail. 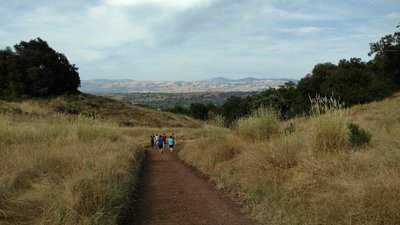 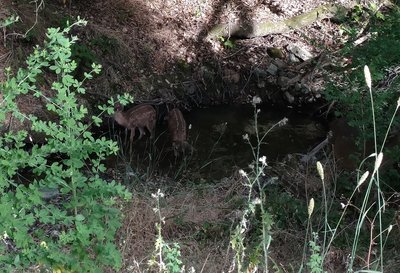 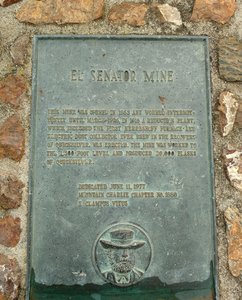 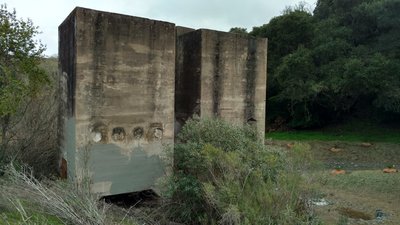