“This short, easy route around historic Central Park's reservoir is enjoyed by walkers and runners of all ages. ”

Please walk or run in a counter-clockwise direction, and step out of the way of foot traffic when taking photos. Due to heavy crowding, dogs, bicycles, and baby carriages/strollers are not permitted. All NYC park hours are 6:00 a.m. until 1:00 a.m. unless otherwise posted.

Central Park's reservoir is 40 feet deep and holds one billion gallons of water. Built in the 1860s as a temporary water supply for the city, it was decommissioned in 1993.

For years, a seven-foot-high chain-link fence obscured the view of the waterscape, and hikers can catch glimpses of the 1970s-era state of this track in the film "Marathon Man." When scuba divers discovered a piece of the original fence at the bottom of the reservoir, Central Park Conservancy commissioned a steel fence with cast-iron ornamentation, closely resembling the original. The current fence was completed in 2003, stands four feet high, and has opened up breathtaking views of the park and surrounding cityscapes. The track itself was renovated in early 2015 and now consists of a fine gravel over hard packed dirt.

With little to no elevation changes, this short route is enjoyed by walkers and runners of all ages and becomes crowded during the day.

This track is located in Central Park between 85th Street and 96th Street.

Over a quarter of all the bird species found in the United States have been seen in Central Park; mallard ducks are the most common sight in reservoir waters. 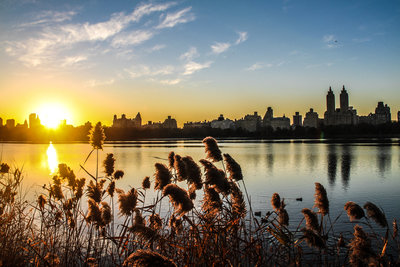 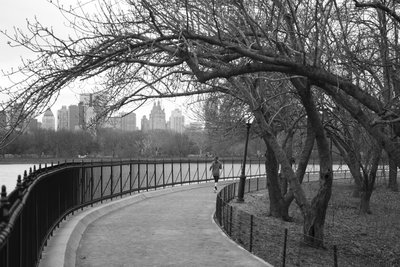 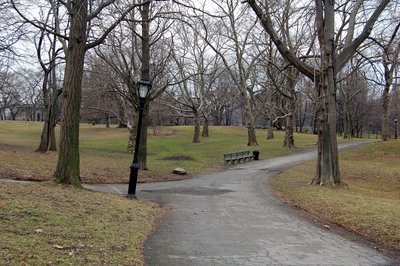 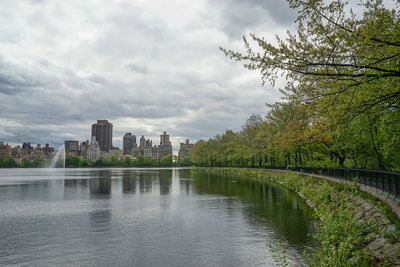